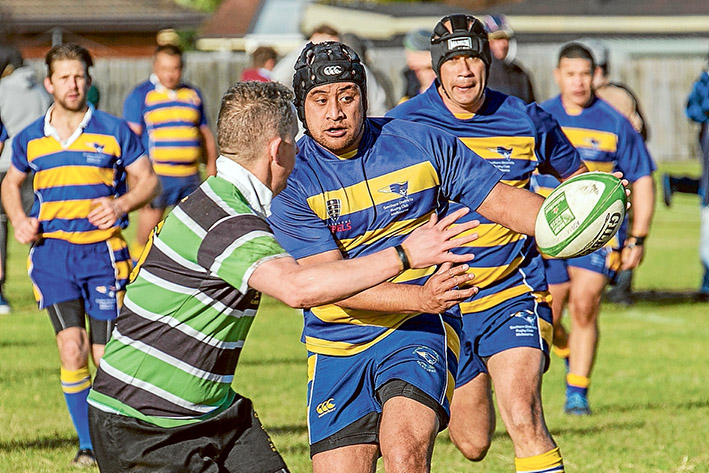 THE SPORT of rugby union may not be as popular as the AFL football powerhouse in Victoria but a Seaford-based club is spreading the word about the game in the south east.

Southern Districts Rugby Club will host Viva 7s Rugby at Rivera Park, Seaford on Thursday 11 August, 6pm and are offering a ‘come and try session’ for 16 year olds and over to try the game.

The club also hopes to increase female participation in rugby union to reform a women’s 7s team after a three-year gap.

“The game is a combined male and female exercise with seven players per side partaking in seven minute halves game time,” club president Rob Hunter said.

“We had two father and son combinations with Ash and Karl Dix in the second row of the scrum and Fohe Tuipulotu and Melbourne Rebel son Sione combining in the centres,” Mr Hunter said. “Sione Tuipulotu recently returned from Manchester, England with the Australian Under 20 side which finished sixth at the Rugby World Championship.

“One place better than with his initial involvement with the team in Italy last year.”

Souths is the lone Dewar Shield team on the Mornington Peninsula and members come from as far south as Portsea, east to Casey and north through Kingston.

Junior teams range from Under 6s through to under 16s.

“A major coup for the club is again hosting the Victorian Junior Grand Finals on Saturday 10 September after successfully staging the event the past two seasons,” Mr Hunter said.