Homestead where the heart is 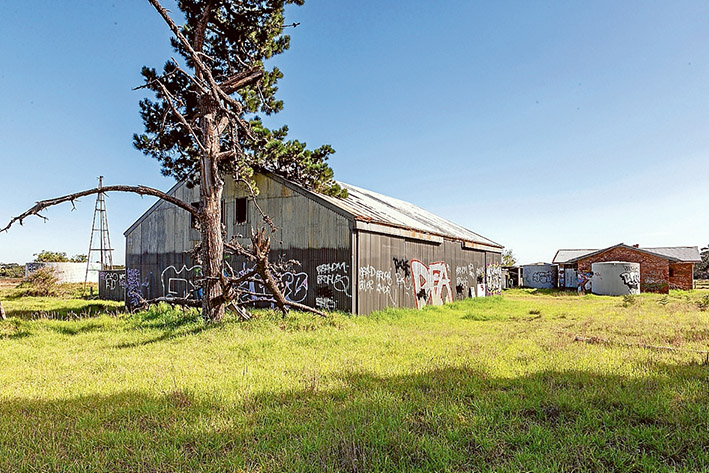 A COMMUNITY group working to historic farm buildings at Down’s Estate in Seaford have been given 18 months to show that a farm homestead and large shed should not be demolished.

The Down’s Estate Community Working Group (DECWG) received unanimous backing from councillors at this month’s public council meeting to begin work on “a community use project”.

The group hopes an indigenous bush-food garden and permaculture site can be established at Down’s Estate alongside an indigenous cultural trail.

DECWG representative Maureen Griffin told councillors at the meeting that the group wants to work to save the farm homestead, formerly occupied by renowned whip and saddlemaker Harry Down, and a large shed on the site.

“We want to give it our best shot to save the house for the historic value and the story it tells,” she said.

“We have worked extremely hard for four years and we have had excellent support from [council] officers for the last three months in particular. We will give it everything we’ve got to make something for that house as well as that shed.”

A carport, outbuildings, water tank and windmill frame have been demolished due to being deemed unsafe.

The community group’s members will now carry out maintenance and weeding at Down’s Estate and undertake a basic restoration of the shed if funds can be found.

Weeding to control Spiny Rush on the estate is done by council using Melbourne Water grant funds so the weed does not enter the adjoining Ramsar-listed Seaford Wetlands.

Council officers recommended the DECWG become an incorporated entity to be eligible for council funding considered in future budgets.

Officers previously backed the demolition of the homestead and shed but councillors decided to give the DECWG more time to prove the buildings can be saved for community use (‘Historic homestead saved’, The Times 7/3/16).

At this month’s meeting council officers again favoured demolishing the buildings but councillors backed an option to “retain the house for a further 18 months with the option to renovate it contingent on funding availability and the progress of the DECWG program”.