An ill wind for turbines 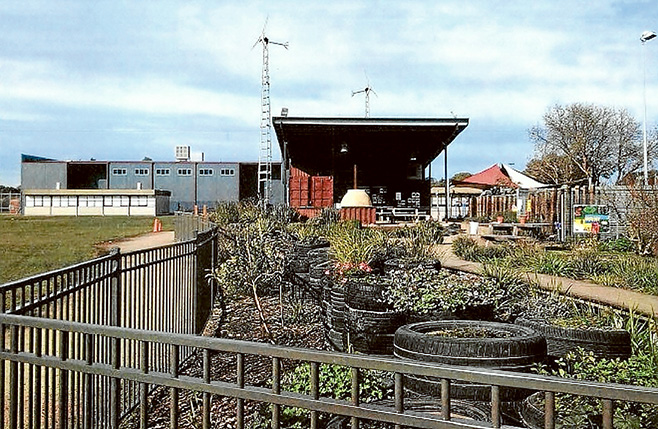 BUILDING wind turbines at an Aspendale school showered in awards in recent months for a sustainability precinct built within its grounds may cause an environmental eyesore for neighbours according to some nearby residents.

More than 40 objections to the propeller blade powered wind turbines have been received ahead of council deliberations on the planning application next Monday (22 August).

Graeme Rimmer is one of several neighbours unhappy at the prospect of twin turbine towers being erected in a residential area when they got wind of the plan.

He said a note was placed in letterboxes about three weeks ago stating wind turbines would be installed at the school.

“When we put our objections in it was already past the due date because no-one knew about it,” Mr Rimmer said.

“The parents whose kids go to the school didn’t even know about it.”

He says people living near St Louis de Montfort Primary are concerned about noise from the turbines and potential “health issues”.

“The school has said it will be the same noise level as kids make in the playground but the kids are playing for an hour a day, not 24/7.”

Wildlife flying past from the adjoining Edithvale-Seaford Wetlands could also be killed by a turbine’s whirling propeller blades, according to Mr Rimmer.

The News tried to contact St Louis de Montfort Primary principal Tom Lindeman but was advised the school will make no comment until after next week’s council meeting.

A letter to Kingston Council, lodged with the planning application dated 18 July, from turbine installation company Australian Wind and Solar describes the installation of two wind turbines at the school’s sustainability centre as having “many benefits to the built environment of Kingston”.

“Without any detrimental impact on neighbouring properties, the wind turbines will − on a small scale − improve the liveability of the public realm by reducing greenhouse gas emissions produced to provide electricity to the school,” Australian Wind and Solar project coordinator Jonathan Lines wrote.

“On a broader scale, the installation of turbines in an educational facility will provide the children, teachers, and parents an example of what can be done to reduce the environmental impact of electricity usage.”

Mr Lines said the turbine towers, made from galvanised steel, would be white and “visually unobtrusive despite their height”. The project coordinator stated the towers need to be at least 12 metres high to generate electricity.

“The towers will fit in with the existing environment well without being overly obvious.

“The nearest residential neighbours to the west will have the view of the turbines skewed by the sustainability centre; the turbine will protrude above the height of the centre’s roof.”

The wind and solar firm advised council it has installed turbines “of this size” at schools elsewhere, within 10 metres of classrooms.

Mr Rimmer believes solar panels rather than wind turbines would be a better option for St Louis de Montfort Primary.

“There are batteries now that are really good and run off solar panels and wouldn’t annoy anybody.”

Kingston councillors will consider the planning application at the monthly public council meeting on Monday evening.