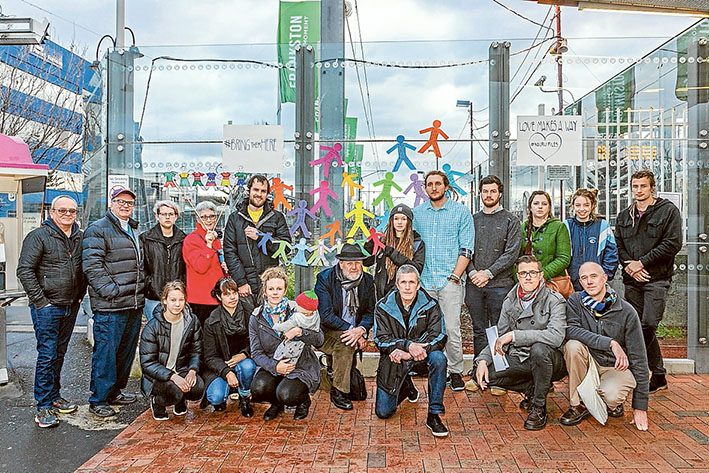 FEDERAL Dunkley Liberal MP Chris Crewther has responded to the first protest held outside his Frankston office since he was elected in July.

The MP noted “a small quiet group of people” from Christian organisation Love Makes A Way visited his Davey St electorate office on Wednesday 17 August (“Protest for refugees”, The Times 22/8/16) to raise concerns about the treatment of asylum seekers highlighted by the leak of more than 2000 incident reports from Australia’s detention centre on Nauru.

Mr Crewther said the front door was locked “as a result of security concerns raised by the Australian Federal Police”. He was in Canberra at the time of the protest.

The new MP says he understands Love Makes A Way’s concerns and has scheduled a meeting next month to “hear their views in person”.

“It is, however, important to note that the ‘Nauru Files’ that have been published are initial reports and in some cases, hearsay – not statements of fact,” Mr Crewther said in a statement.

“Many of these allegations are historical in nature and have been reported, investigated and appropriate action already taken.

“However, the Department of Immigration and Border Protection is examining the published documents and if there is even one new claim, it will be dealt with appropriately.”

Mr Crewther said the federal government “supports the Nauruan Government to provide for the health, welfare and safety of all transferees and refugees in Nauru”.

“What is often not reported about Nauru are the success stories among settled refugees, who are getting on with their lives.  Some are running businesses, operating restaurants and catering businesses, a taxi service, car mechanic, mobile repair business, tailor service, and several hair and beauty salons.”