Putting the grand into finals 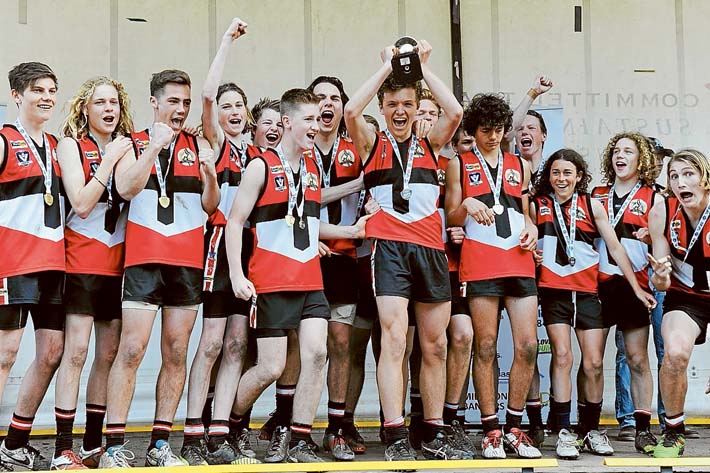 Matches were played from under-11s to under-17s with three separate age groups for girls’ football.

Tight contests were the order of the day with the under-11 grand final between South Mornington and Dromana in Navy Division going to extra time after the scores were all tied up after four quarters. South Mornington eventually won the match.

In other grand final results:

The day ended with the under-17s grand final between Crib Point and Rye – the MPJFL’s first twilight final. The national anthem was sung before the game as a helicopter delivered the match ball and premiership cup.

“That was a fitting end to a truly magic day,” MPJFL secretary Paul Bartolo said.

The finals were held at the Thomas Barclay Reserve, Hastings.