Abigail has the write stuff 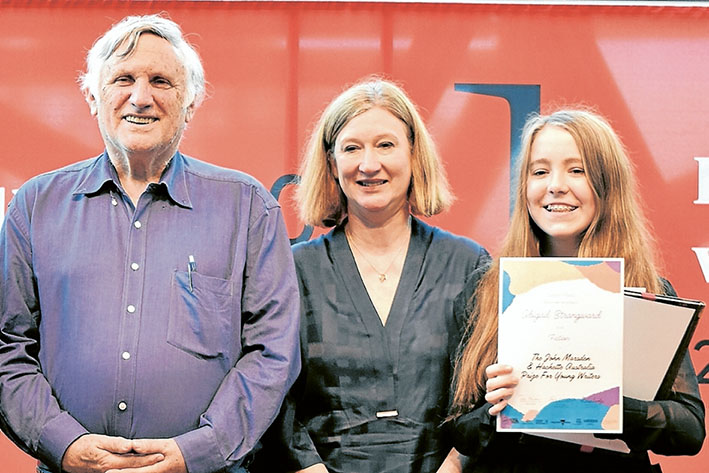 At age 14, Abigail is one of the youngest writers to win this prestigious award which is open to all Australian secondary school students.

The award carries the largest prize money for young writers in Australia. Abigail won a $500 cash prize, a selection of Young Adult titles from Hachette Australia, and will have her story Marmalade published in the Voiceworks youth literary journal.

Abby received her award from John Marsden at a special event during the Melbourne Writers Festival early this month.

All 15 short-listed writers across the categories of fiction, non-fiction and poetry attended a two-hour Master Class with celebrated Australian author James Phelan before attending the event at Deakin Edge in Federation Square.

This is not the first time Abigail has won an award for her writing.

In 2013, at age 11, she was one of four winners of the Melbourne Lord Mayor’s Creative Writing Awards for Under 18s with her work The Colour of Courage.

She was also highly commended in the 2016 PAVE/Woorilla Poetry Prize Youth Section for her poem Your Light Was On.