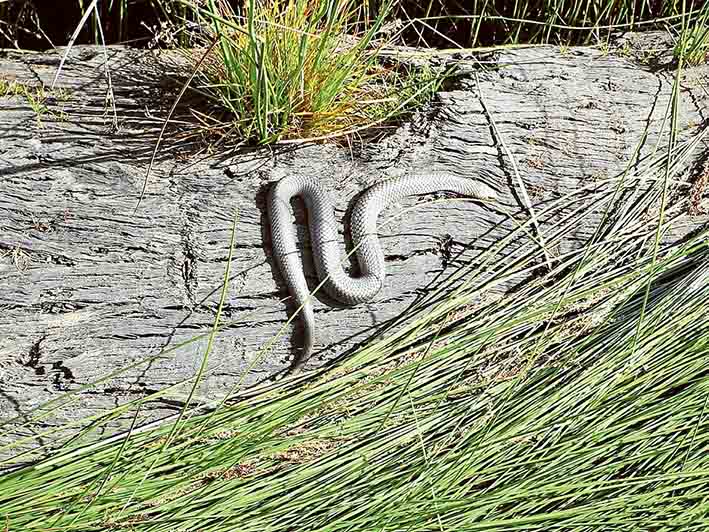 THE weather’s warming up and snakes are waking up.

Just as warmer, sunny days send a signal that it’s fine for outdoor recreation the same applies for snakes, who see it as time to “get some sun, look for food and a mate”, according to scientist Nick Clemann.

“Snakes are more common in areas around the urban fringe or in rural areas, but they do turn up surprisingly close to cities and towns, especially around watercourses and in parkland,” he said.

Snakes frequently found near the coast are tigers and lowland copperheads while in the drier areas the most common snakes were eastern browns and red-bellied blacks.

“All four species are dangerously venomous, but it is rare for them to bite people,” Mr Clemann said.

“Being aware that snakes may be around and being informed about how to react to them are the most important aspects of managing snakes.”

Mr Clemann’s advice to anyone seeing a snake was to “keep calm and try to move yourself, anyone with you and your pets away from the snake”.

He said snakes were protected under the Wildlife Act 1975 and should not be harmed, killed or captured.

“Bites can occur when people try to kill snakes,” he said.

“Clean up around the house and cut lawns regularly – snakes are attracted to shelter such as piles of rocks and timber, sheets of metal, or building materials.”

He recommended that first aid kits include compression bandages and if someone is bitten, call 000 immediately.

For more information call DELWP on 136 186 or call a licensed snake catcher.