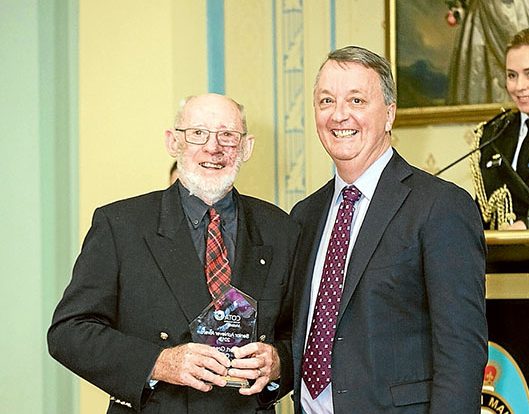 He was one of eight recipients of the award presented as during the 2016 Victorian Seniors Festival. It offers more than 1300 free and low-cost events all over Victoria, including a great array of social, cultural, educational and body-and-soul activities.

An Age-Friendly Victoria Award went to Peninsula Transport Assist which provides transport for older people in an area described as having “very little public transport”.

The Governor, Linda Dessau AM, and Housing Disability and Ageing Minister Martin Foley hosted the day in which Echuca’s Gwen Smith was named Victoria’s Senior of the Year.

The various category winners, aged 67-90, from all over Victoria, are described as a diverse group of leaders, role models, advocates and participants in many volunteer activities in their communities.

“Seniors make an incredible contribution to our community – and testament to that are the many worthy nominations we received from across Victoria,” Mr Foley said.

“Congratulations to all the award recipients today and thank you for your dedication and commitment to your communities.

“We are proud to support these awards which are a fitting part of the 34th Victorian Seniors Festival.”