Kingston steers away from port support 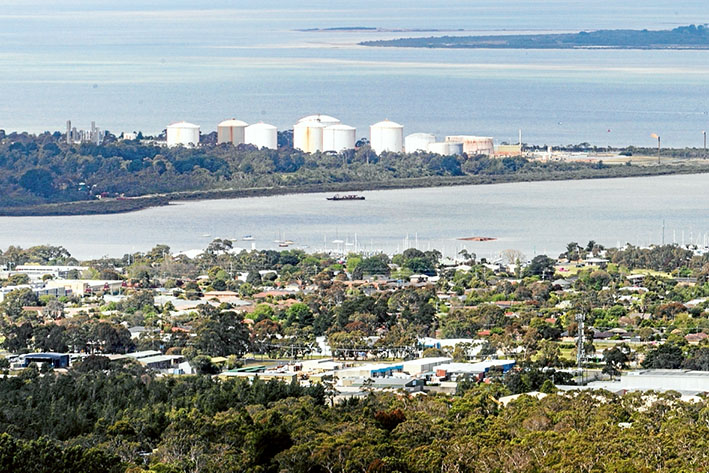 Port in waiting: Mornington Peninsula Shire and the City of Frankston have backed the expansion of the Port of Hastings, although Infrastructure Victoria says any decision is years away. Picture: Gary Sissons
Share
Facebook Twitter LinkedIn Pinterest Email

A 5-3 majority of councillors voted at August’s public council meeting to “take no position” on backing Hastings over Bay West near Geelong as the location of a second container port when the Port of Melbourne reaches capacity.

Cr Rosemary West’s notice of motion urged Kingston Council to effectively drop support for a major port at Hastings and comes in the wake of neighbouring Frankston Council’s decision in May to end its support for Hastings over Bay West.

Infrastructure Victoria, an independent body established by the state government, has flagged Bay West as the preferred second container port location when needed, possibly as early as 2035.

“I don’t think we need to expand our trade to the point we don’t manufacture anything,” Cr West said at the meeting.

“I certainly don’t think we would be wanting to destroy the environment of western port by supporting the Port of Hastings as I’m afraid the last council did.”

Cr Geoff Gledhill, the Liberal Party’s candidate for the seat of Mordialloc at next year’s state election, noted “63 per cent” of goods imported into Melbourne are transported south east of Melbourne.

“We do have to be involved in this discussion because we’ve got one of the largest light manufacturing areas in Australia through the south east that starts in Braeside and Mordialloc and heads all the way out to Dandenong,” Cr Gledhill said.

“Food processing is seen as a particular growth industry in this area. We’ve got businesses that supported the motor industry disappearing … we need to replace that industry because that’s where the jobs are.”

Cr Gledhill noted Hastings “is a deep water port”. He acknowledged Infrastructure Victoria is leaning towards Bay West as the site for a second major port but said there are concerns about how to deepen heads at Bay West for larger container ships.

Cr West said that the state government, in her view, should build a freight rail link from the Port of Melbourne to the south east to transport goods.

She noted any port expansion at Hastings would likely put either 1.5 million B-Double trucks or 50,000 freight trains on railways across Melbourne, according to a Victoria University report.

The mayor Cr David Eden did not raise his hand to indicate his vote. No formal division was called to officially record councillors’ votes on the matter.

Mornington Peninsula Shire council supported a major port at Hastings alongside Frankston and Kingston councils in a joint submission to the state government from the South East Melbourne (SEMS) group of councils in late 2015.