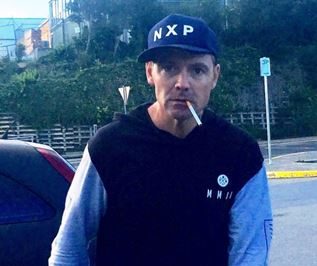 A MAN allegedly threatened a woman with a screwdriver after she returned to her car at Karingal Hub shopping centre earlier this month and found him rifling her glove box.

Acting Detective Sergeant Frank Olle, of Frankston police, said the Frankston woman managed to photograph the man (pictured) before he grabbed her phone and stomped on it, 8am, Monday 4 September. Police were later able to extract the image.

Senior Sergeant Mick Lamb, of Frankston police, said the man may be connected to a similar incident in which a woman returned to her car at Karingal Hub and found a man sitting inside, 31 August. He is described as tall, skinny and aged in his 30s.