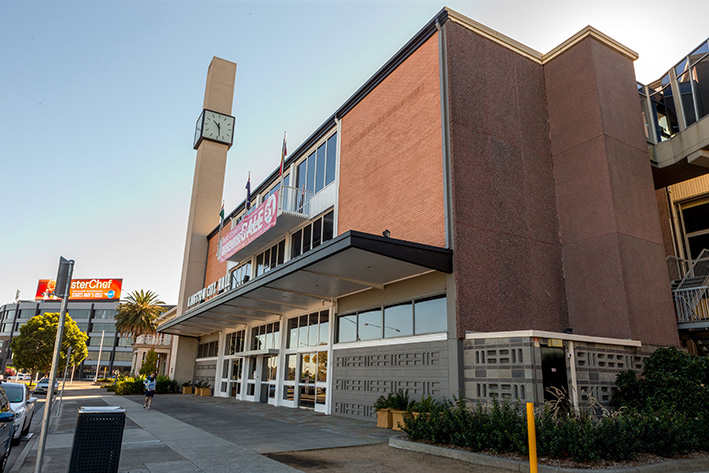 A RAINBOW flag will fly at Kingston City Hall “until marriage equality is achieved” after a majority of councillors voted to have council publicly declare support for same-sex marriage.

A 5-4 majority of councillors voted at Monday’s public council meeting on 25 September to raise a rainbow flag at the Moorabbin venue until federal politicians legalise marriage equality.

Cr Tamara Barth had called on councillors to be on “the right side of history” in backing same-sex marriage at a time when Australians are being asked to vote ‘yes’ or ‘no’ to marriage equality in a federal non-binding postal survey.

“I don’t think we can be silent bystanders. I think we have to be participants in the discussion,” Cr Barth said at the meeting.

“I think we have an obligation to represent all of our community — not just part of it.”

Councillors who voted against flying a rainbow flag at Kingston City Hall argued that the vote and possible law change is a federal and not council matter.

“We really need to stay on our local issues,” Cr Tamsin Bearsley said.

“The public wants councils to concentrate on roads, rates, rubbish, parks and planning. We shouldn’t be weighing into this debate.”

Cr Ron Brownlees expressed surprise at the council vote since “not one person has raised the issue with me”.

“I don’t believe we should get involved in social activism,” he said.

“We’re putting something on this building which a lot of people will not agree with.”

Cr Geoff Gledhill said he didn’t think council should push its views on same-sex marriage on to other people although councillors are free to individually declare how they will vote in the Australian Bureau of Statistics managed postal survey.

“I’m very happy with the notion of marriage equality and I certainly hope it’s successful.”

Despite the differences in opinion about council publicly supporting marriage equality all councillors unanimously voted to “express support and solidarity with members of the Kingston community and Kingston staff who identify as LGBTIQ particularly through this period while the voluntary postal survey on the marriage act is being undertaken”.

Australians are being advised to send back completed surveys in free post-pay envelopes sent out by the ABS before 27 October to meet a 7 November deadline for the collection of votes ahead of the survey result on 15 November.

Prime Minister Malcolm Turnbull said last week federal MPs will vote on the legalisation of same-sex marriage if a majority of Australians who complete the survey vote ‘yes’ to the question “Should the law be changed to allow same-sex couples to marry?” listed on the survey form.