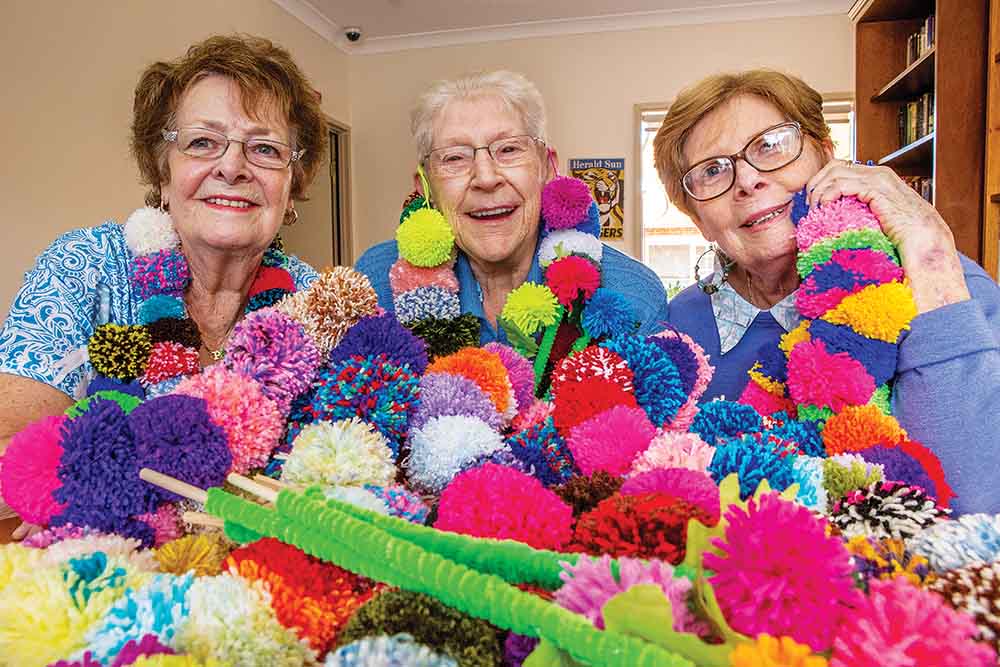 LIFEVIEW Argyle Court residents are trying to break the Guinness World Record for the longest pom-pom garland or line of pom-poms in Australia.

The Chelsea aged care home is flurry of wool and pom-pom making activity as residents attempt to make 7777 pom-poms, a number they believe will break the record.

The current Guinness World Record for the longest garland or line of pom-poms in Australia is held by the Australian Country Spinners in the Victorian country town of Wangaratta.

“We chose this activity and record to break because pom-pom making is something that all residents can participate in, whilst working towards a common goal. We also wanted a group project that involved residents, staff, families and friends,” Argyle Court Residential manager Katy Cavanagh said.

“The number 7777 was chosen as a target for a range of reasons including the view that seven is a lucky number, and residents believe they will need to make pom-poms seven days a week to reach their goal,” she said.

The World Record attempt will take place on Friday 13 October and coincide with the home’s participation in the annual Longbeach Yarn Art Storybook Trail – where local community organisations decorate their gardens and buildings in a storybook theme using only yarn.

In the meantime the home is looking for anyone who is crafty to assist with making and donating pom-poms to the cause or donating balls of wool.

Argyle Court is also holding Crafternoon Sessions on Sundays where crafty locals are invited to work with the residents on a number of art and craft projects, including pom-pom making, whilst enjoying a cuppa and a chat.

If you would like to find out more about how you can be involved please contact Argyle Court directly on 8773 2300.

The Yarn Art Storybook Trail organised by Longbeach PLACE is being held 9-31 October. See longbeachplace.org.au or call 9776 1386 for details.