The rise, fall, and rise of the Frankston Football Club 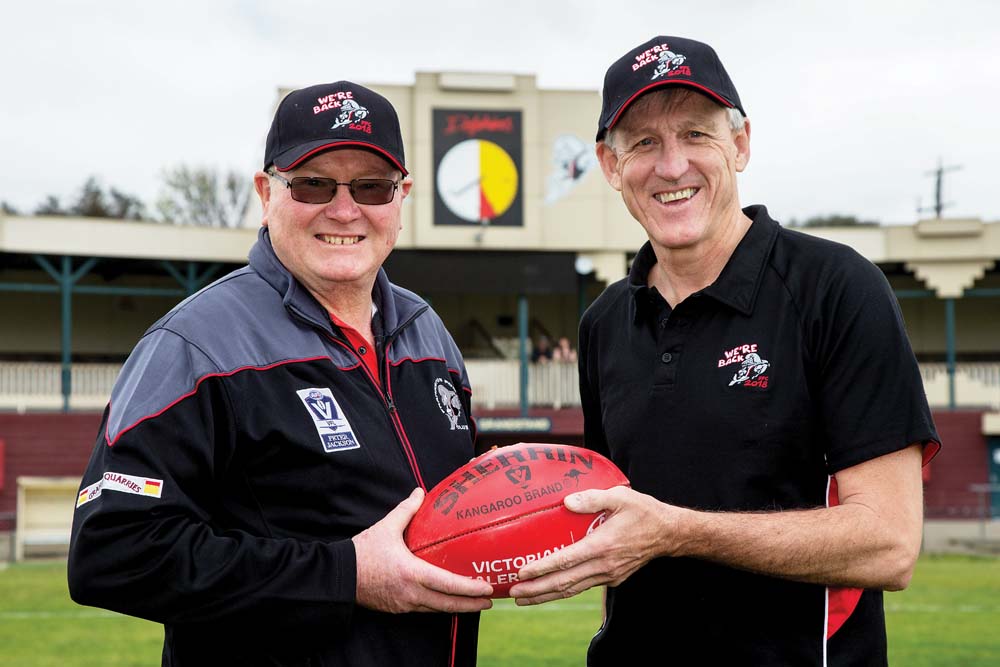 FOR most football fans, 30 September 2016 was a day of excitement and anticipation. With the AFL Grand Final one day away many were stocking up on frozen sausage rolls and cheap grocery store meats for their Grand Final barbecues.

No matter if you spent the day buying beer, drinking beer, or making room in your fridge for even more beer, the chances are that whatever you were doing as a football fan on Grand Final eve 2016, you were doing it quite happily.

But for fans of the Frankston Dolphins, the day was far from happy. It was the darkest day in their team’s history.

After five decades of competing in the VFL, the club’s licence was revoked by the league and its followers faced their first day backing a club without a competition to play in.

The Dolphins had operated for 130 years, and on 30 September 2016, all they had to show for it was a massive debt and a group of despondent supporters.

“We were sort of a bit devastated,” Frankston Football Club president and club champion Peter Geddes said of that fateful day. “I guess we were a bit lost because people didn’t quite know what to do.”

“We had heard rumours that they were looking at taking our licence, and so we went in there actually full of hope because we just thought that we would be able to save it. We went there with a presentation to submit to AFL Victoria to say that we can continue the club, but they were of a different view.”

Despite the efforts of people like Geddes to save the side, the club found its future shattered. Despite meetings with the AFL to plead their case, the debt at the Dolphins was too large to ignore and the decision was made to pull the plug.

The decision to deny the Dolphins a place in the 2017 VFL season should have been enough to see them become nothing more than a relic of footballing history.

It would have been easy to roll over and let the club die but the team at Frankston wasn’t going down without a fight.

To ensure its survival, the club had a lot of work to do. To have any chance of impressing AFL Victoria and being readmitted, it would have to review its entire operation.

To help with the daunting process back to VFL football, the club appointed former Hawthorn premiership player Gary Buckenara as general manager.

“AFL Victoria had a list of things we had to make sure we were compliant with [to get back in the league],” Buckenara said.

This included a business plan “that could prove we could not only survive, but sustain into the future”.

In order to avoid the demise the club faced at the end of 2016, it would have to make changes over the next 12 months, with one in particular being a seemingly impossible mission. In a bid to display its passionate fan base to the league, the club set out to raise membership to more than 1000.

Despite the need to lift the club’s membership almost 10 times the Dolphins managed to surpass this target.

“It was so satisfying; the fact that we went from a club with 100 members with a side, to having 1200 plus without a side. We had all those people believing in us that we were a great club to build and an elite environment for young players to come through,” Buckenara said.

The membership drive was a shining example of the community effort that took place to ensure the Frankston Dolphins had a future with the VFL.

“It is so important to have a VFL team here on the peninsula, because it inspires young people right across the Frankston and peninsula region to potentially get involved,” Dunkley MP Chris Crewther said.

“There were a lot of fundraising efforts, events, and so forth that ensured through multiple avenues that the club was able to show the backing of the community, which I think was important to show the AFL in terms of getting their licence back.”

On 4 August 2017 the Frankston Dolphins were handed a lifeline; AFL Victoria granted them a licence readmitting them to the VFL competition in 2018. For the Dolphins it was a chance to make things right and put their best foot forward for the future.

“We’ve made sure we’ve got a complete board of management, and that we’re working as we go into the future to make sure we have succession planning in place, so that we’ve always got the leadership required,” club president Peter Geddes said.

“We’re very visible about where we’re going financially. We now target having thousands of members at some point in the future, and that gives you a really sustainable base.”

The Dolphins downfall would have seen a club with a great history of breeding AFL talent disappear, as the side has formerly provided a home for retiring Bulldog great Matthew Boyd, All Australian Demon Michael Hibberd, and premiership coach Luke Beveridge.

The club’s success is also a win for independent clubs that remain free of AFL affiliation, an issue which has risen again this year as the North Ballarat Roosters had their licence revoked for 2018. With their readmission, the Dolphins have chosen to remain an independent side with the aim of making finals in the next five years.

Following years of heartbreak and uncertainty, the future of the Frankston Football Club is looking up. The small team working at the club is working hard at returning the side to VFL football in 2018.

With the appointment of a new coach expected in the next week, followed soon after by a playing list, the side will be looking to make the most of every opportunity when it appears on a VFL oval next season.

“People are just busting for the first game at the ground. We’re hoping to get thousands of people there, and I’m sure we will,” Geddes said.

“Just to see the team back out on the field again, it’ll be just really exciting.”

Regardless of the outcome of that first game, the survival of the Dolphins is the ultimate underdog story. An independent club winning against seemingly impossible odds.