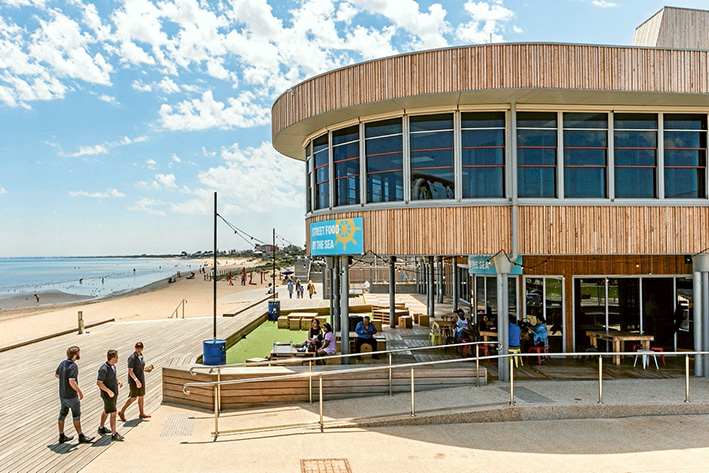 HUNDREDS of thousands of dollars will be poured into the newly built Frankston Yacht Club in a bid to try to partially plug the financial hole that has seen at least $11 million of ratepayers’ cash so far sunk into the mostly-empty building on the foreshore.

It is understood more than $300,000 is likely to be spent on fitting out the lower floor of the yacht club for a potential cafe operator.

Frankston mayor Cr Brian Cunial declined to disclose how much more money will be spent on the lower level refit.

“Given the current basic structure of the facility, council will undertake a small amount of additional work to give prospective tenants a greater level of surety around access to and within the space they may wish to occupy,” Cr Cunial said in a written statement.

“Council is keen to ensure the commercial tenancies at the yacht club are filled as soon as possible so residents and visitors can enjoy a unique dining experience that is on offer. An interim tenant will occupy the ground floor cafe area over the summer months.”

The mayor said “a full scope” for the lower level works is not available “at this stage”.

The new clubhouse was officially opened in July last year with the yacht club its sole tenant but a proposed cafe on the lower floor and planned restaurant on the upper level did not open as originally planned and most of the building has sat empty since its grand opening.

The new building was hailed as “a stunning addition to the waterfront precinct” when opened and a cafe and restaurant spruiked as “the jewel in the crown” of the new yacht club.

In November last year, councillors sanctioned the spending of about $100,000 each year to keep the wooden exterior of the building in “pristine condition” to stop it turning “grey with age” when weather beaten on the foreshore.

Disquiet about the failure to secure a cafe and restaurant tenant for the building is mounting.

Questions are also being asked internally about council’s initial idea to be involved in a commercial food business venture.

Ratepayers could also face a restaurant bill, costing more than $1 million, to fit out the upper level with a commercial kitchen since potential tenants have indicated they would not be prepared to pay for the kitchen before signing any lease.

The audit report, completed in May, included Frankston Council “management comments” boasting of “a first floor restaurant with enviable views over Port Phillip Bay” despite the first floor remaining empty.

A pop-up cafe operated on the ground floor of the building last summer.