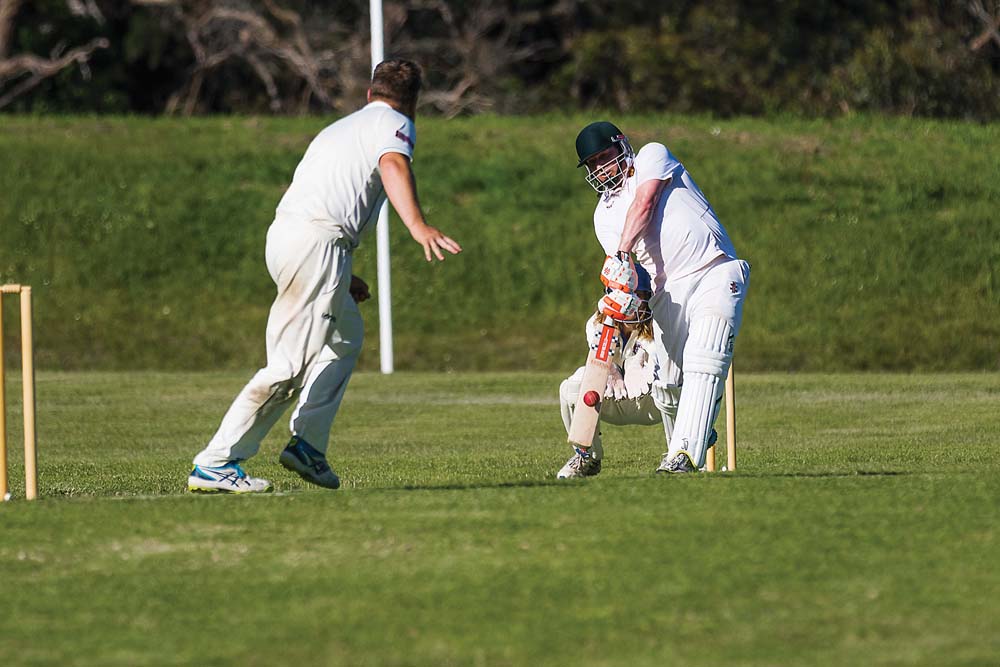 With his side in some early trouble at 2/5, chasing the Parkers 237, Clements took control of the situation, faced 224 balls, banged eight fours and six sixes and finished unbeaten in the 80th over on 151.

While teammates continued to fall around him, Clements took it upon himself to win his team the match.

Skipper Neil Barfuss hung around for 29 balls and made 29 and Brennan Gillies hit 22. Other than Will Tuck with 11, not one other Flinders player made it into double figures.

The Sharks got over the line in the dying balls of the game, winning by just one run, 238 to 237.

Red Hill resumed on day two on their home deck at 1/13, chasing Pines modest total of 166.

Andrew Mock (60) and Riley Shaw (20) resumed at the crease and added 26 runs to the overnight total before the wheels began to fall off.

Simon Dart was bowled by Harley Parker for one and when Brent Martin was out a short time later, the Hillmen were up against it.

At 5/52, Pines’ bowlers were up to the task and eventually bowled out the opposition for 151.

Alex Coad was again the pick of the bowlers for Pines with 5/47 off 20.3 overs, while Nick Wilcox bowled 28 overs and finished with 2/66.

Chasing 261 for victory, the Islanders were bowled out for 218.

Daniel Heyne top scored for the Islanders with 40 while skipper Aaron Paxton hit 38.

Luke Collins was the best of the Ridge bowlers with 4/70, while Oliver McEnroe snared 2/45.

Moorooduc made light work of Somerville, winning by 82 runs.

Brenton Alp top scored for the Eagles with 56 while Bailey White was next best with 44.