Seconds for Staikos as mayor 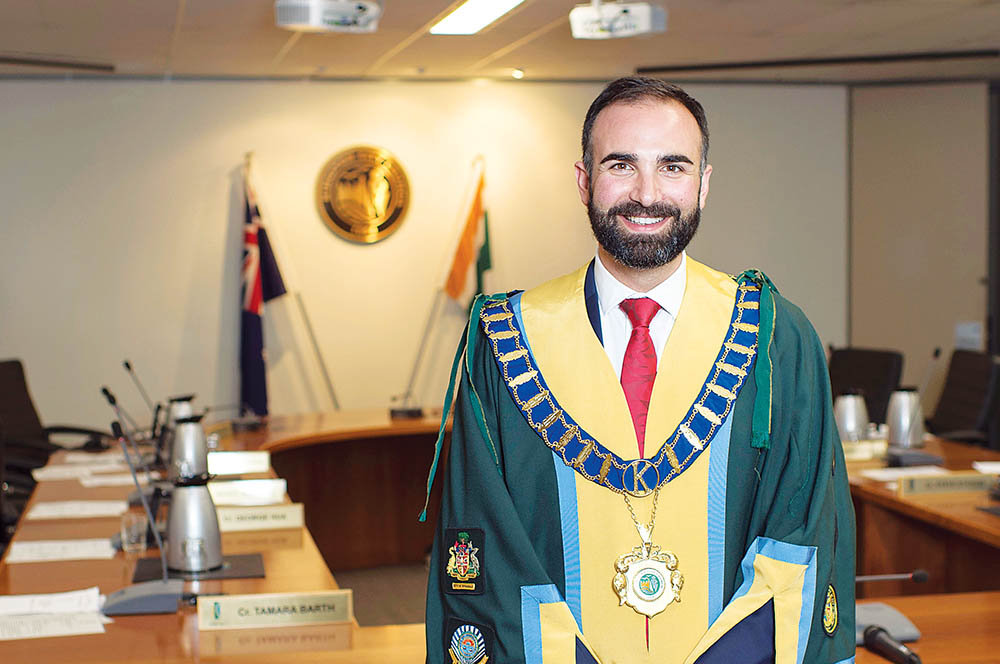 KINGSTON has a new mayor after Cr Steve Staikos was elected last week by his councillor peers to the mayoralty.

It is the second time Cr Staikos will serve a 12-month mayoral term having previously been mayor in 2010, two years after first being elected to council as a councillor in 2008.

“Over the next 12 months we’ll be working closely with the community to focus strongly on how to protect our local neighbourhoods from the impacts of overdevelopment through a new housing and neighbourhood character strategy and car parking strategy,” Cr Staikos said.

At last week’s meeting the new mayor said his day job at the Community Housing Federation of Victoria means he has a goal to improve access to affordable housing in the Kingston area.

“I have found working for a small not-for-profit peak body has been a rewarding challenge,” Cr Staikos said.

“It has embedded in me a passion for social and affordable housing and given me a wealth of knowledge that I plan to put to good use here in Kingston.

“Those of you who know me know that I am deeply committed to grassroots social justice and the Aussie values of fairness and egalitarianism.”

He said he would “take full advantage” of looming state and federal elections to argue for funding for major projects.

Cr Tamara Barth said he had been “diligent, thorough and considered” throughout his mayoral term.

“You have maintained a real sense of calm and I think sometimes that calm was such a wonderful influence because it was really able to set the tone for some of our meetings,” she said.

Cr Georgina Oxley was elected unopposed as new deputy mayor succeeding Cr Rosemary West in the role reintroduced at Kingston Council last year after several years when there was no deputy mayor.