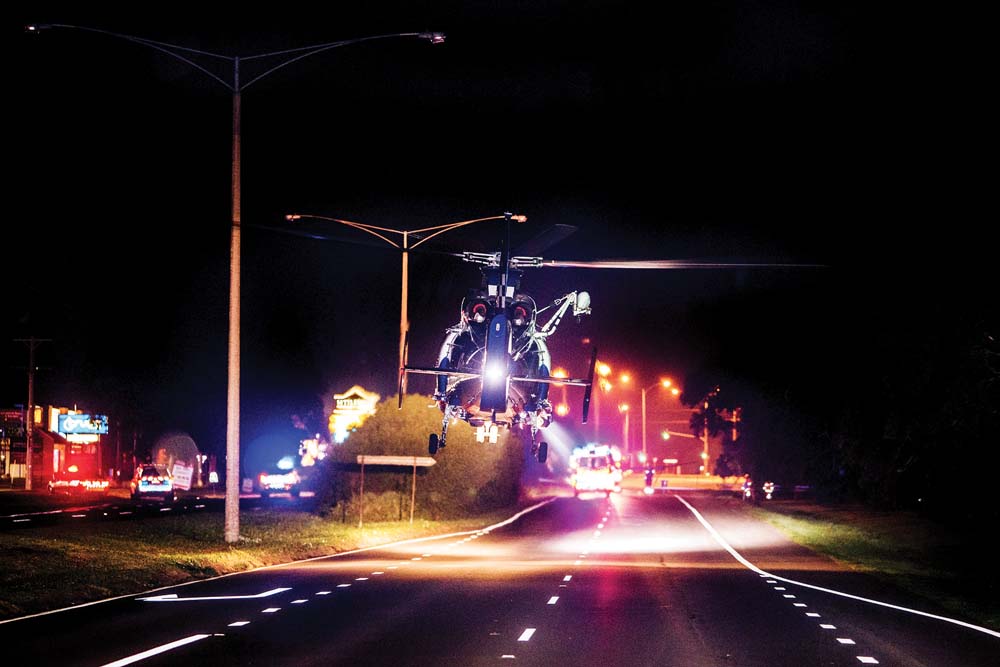 MEN make up the majority of road deaths in the past year, accounting for 186 of the 255 fatalities in Victoria.

The number of lives lost includes 151 lives lost on country roads and 104 in metropolitan areas.

Road Policing Command Assistant Commissioner Doug Fryer said while the road toll was down for the first time in four years, “it’s sobering to reflect that 255 families move into the new year without their loved one”.

“My deepest condolences to each of the families who I can only guess continue to contemplate why, why have they been thrust into the sadness and loss that is the unexpectedness of road trauma,” Mr Fryer said.

He said it had been disheartening to be told on New Year’s Day of the death of the first person on the roads for 2018.

“The information I have at this stage is that it appears the car may have swerved to miss a kangaroo,” Mr Fryer said.

“I cannot accept that it is only a matter of time before another life is lost, that the cost of mobility will at times be someone’s life.

“That is why police will continue to run intelligence led state-wide and local police operations that focus on speed, drink and drug driving, distraction, seat belt compliance and fatigue.

“My resolve only strengthens too that we’ll continue to enforce and educate for greater road safety. And we’ll continue to call on the community to acknowledge that they, each and every motorist, rider, pedestrian and or cyclist, has a role in ensuring theirs and other road users safety.”

He said analysis of road deaths showed “increases and decreases and ups and downs, but really at the core of all of this is a deep frustration and sadness”.

“Sadness of course, that families have lost a loved one but one of frustration, that people continue to lose their lives to road trauma.