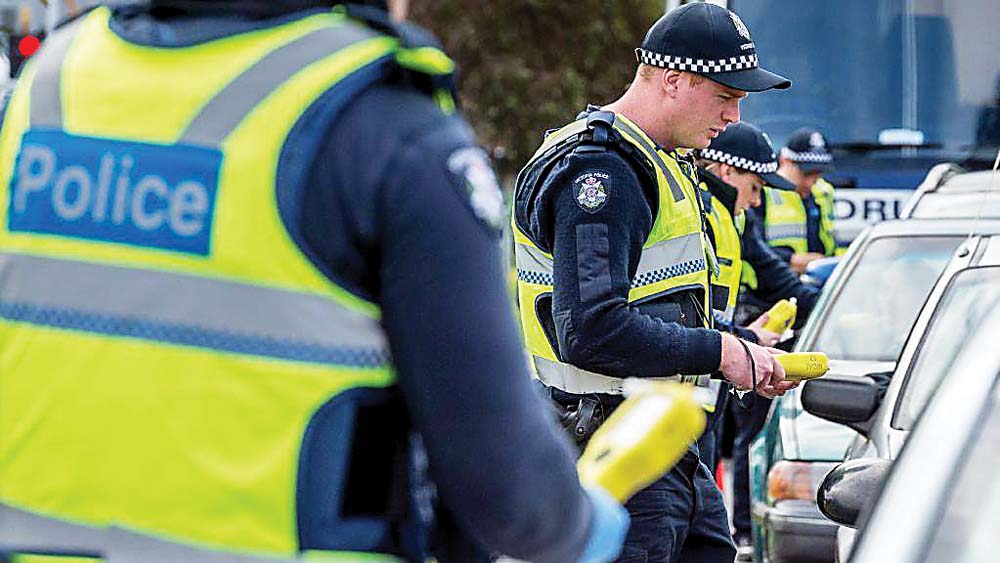 THERE was little rest for many police highway patrol officers over the festive season.

Eleven drivers in the Kingston area were caught drug-affected in the roadside blitz.

Police said the operation aimed to “take dangerous, impaired and irresponsible drivers off our roads”.

There were 19 disqualified and 42 unlicensed drivers caught in the dragnet across Kingston and 117 vehicles were found to be unregistered.

Seven cars were impounded and 59 people were fined for using a mobile phone while driving.

“There were no fatalities in the City of Kingston and Glen Eira during Operation Roadwise, but unfortunately in the City of Bayside a fatality involved a pedestrian,” Sergeant Hauer said.

“It is still disappointing to see the number of impaired drivers detected, and the high number of speed-related offences along with safety and distraction offences, such as using mobile phones.

“Road trauma has such a profound impact on so many families in our community and we ask that every road user recognise that we all have a responsibility in keeping our roads safe.”

Last year, 237 people lost their lives on the state’s roads, with the main factors being speeding and impaired driving caused by alcohol, drugs and fatigue.

Victorian Roads Minister Luke Donnellan said the state government would spend more than $1 billion on safer roads as part of the Towards Zero road safety strategy.