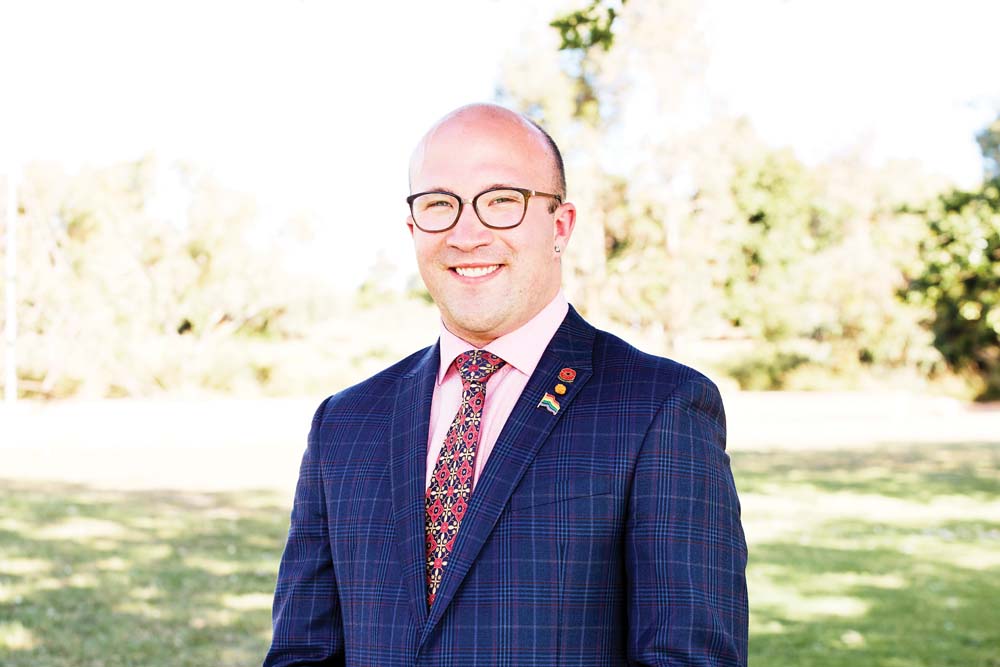 A GIFT declared by a Frankston councillor has caused a stink at council after council management questioned the appropriateness of the gift.

Cr Steve Toms declared he received a bottle of Issey Miyake aftershave, valued at $100, in July last year from a Young St business by completing a Gift Declaration form.

Councillors and staff must disclose the receipt of gifts related to their role as council representatives under council’s Staff Gifts and Hospitality Policy.

Council’s chief executive officer or a council director sign off on all declared gifts accepted, declined or donated to charity.

Cr Toms has not breached the Local Government Act in voluntarily declaring the gift of aftershave but a note hand written by a council manager on the gift declaration form lodged by Cr Toms on 21 July for the $100 bottle of aftershave last year stated: “Advice of a general nature provided to Cr Toms in respect of conflict of interest provisions, applicable gift and his responsibility to ensure compliance with the Act. CEO/director not willing to sign the disclosure.”

The Times asked to see the gifts register after it emerged that neighbouring Mornington Peninsula Shire council does not make its gift register available for public inspection amid revelations that neighbouring shire CEO Carl Cowie in July 2016 was a guest aboard a cruise ship hired by prominent businessman and Portsea property owner, Lindsay Fox (“Mayor call to open shire gifts list”, The Times 8/1/17).

Frankston Council does make its gift register available to the public.

Cr Toms, deputy mayor last year, wrote on the gift declaration form that the aftershave was “received by myself from the owner of business for my work on Young St advocacy”.

The South ward councillor, first elected to council in October 2016, was kicked out of the Australian Labor Party late last year after becoming embroiled in a public stoush with Frankston Labor MP Paul Edbrooke over Young St traders complaints that street redevelopment works negatively impacted on businesses (“Councillor forced out of Labor Party”, The Times 11/12/17).

When contacted by The Times Cr Toms said he was surprised he had not been informed about the handwritten note on the declaration form and said it is “outrageous” there is any whiff of impropriety hinted at by council management in accepting and declaring the aftershave gift.

“It is quite bizarre that this has not been explained to me,” he said.

“To me, this certainly looks there is an inference there may be a conflict of interest. I’m shocked and appalled.

“How is it that the note is put on the registry without my knowledge? That’s appalling.”

The gifts register contains thousands of declaration forms by councillors and staff and all but one — the form submitted by Cr Toms last July — has been countersigned by a council manager.

All gifts declaration forms are also seen by council’s audit and risk management committee chaired by an external chairperson and including two councillors and two independent committee members.

A statement from council CEO Dennis Hovenden said the note on the disclosure form by Cr Toms was written by council administration and corporate projects manager Michael Craighead. The director referred to in the handwritten note was council general manager Tim Frederico, Mr Hovenden said.

“It is not a requirement for the CEO or director to note a gifts declaration made by a councillor. It is at the discretion of the councillor to determine whether the complete a gift declaration,” Mr Hovenden said.

Mr Hovenden said Mr Craighead “spoke with Cr Toms on the day that the gift declaration was submitted”.

Cr Toms said he was not aware of the handwritten note on the disclosure form until contacted by The Times this month.

Other gifts declared by councillors and council staff in the gifts register ranged from $5 to $700 and included council staff accepting hospitality at AFL and VFL games, tickets to peninsula events such as the Lights by DreamWorks experience featuring well-known children’s characters including Shrek, day outs at Mornington Racing Club horse racing events and tickets to Frankston Arts Centre productions.

Council staff are also encouraged to declare any offered gifts they decline.

Several council officers lodged forms advising they had turned down gifts from companies or ratepayers since they were “just doing my job at council”.

A proposal by Cr Kris Bolam at the time to have councillors declare all gifts valued at more than $50 rather than the current Local Government Act threshold of $500 did not win majority support from fellow councillors.

A Labor state government appointed monitor, Prue Digby, has started attending council meetings this month and will report back to Victorian Local Government Minister Marlene Kairouz about governance at council.