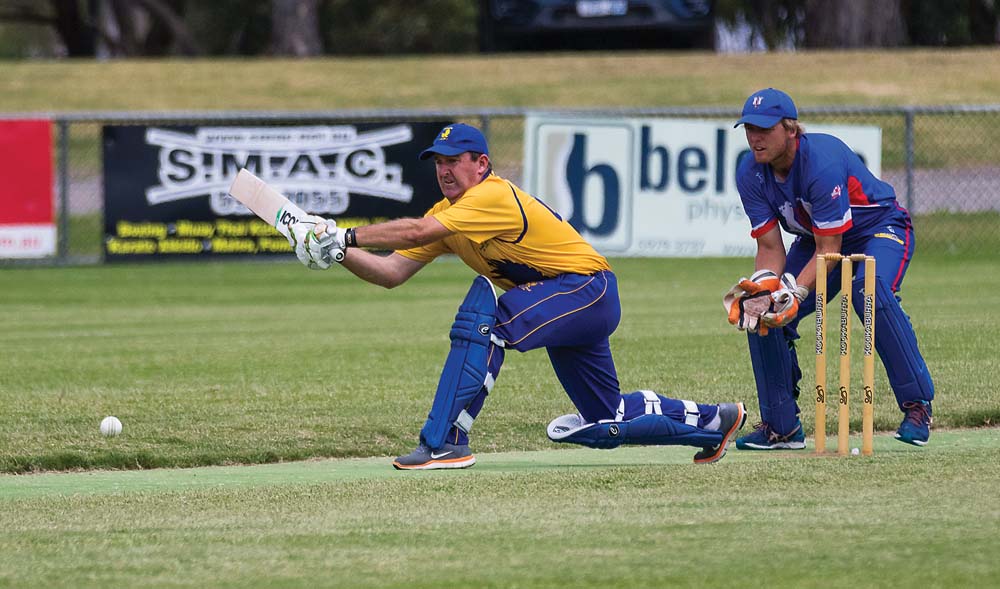 THINGS have tightened right up in MPCA Peninsula cricket with five sides from third to seventh within one game of one another.

Pines jumped into third place on Saturday with a great win over top of the table Main Ridge, while Moorooduc is just a game outside third place, despite a loss to Flinders on Saturday.

Delacombe Park is the only team not in the mix and remains the front runner to be relegated at season’s end, even after beating Red Hill on Saturday.

The Hillmen batted first on home turf and would have been very happy with its 5/232. On most occasions, that’s a winning score.

Nick Christides was the pick of the Parkers’ bowlers with 4/53.

The visitors had some work to do with the bat but did it with three overs to spare and five wickets in hand.

Flinders and Moorooduc were also embattled in a high-scoring game.

The Ducs batted first and made 9/201, Pathum De Mel turning from dominant bowler to dominant batsman with 89, including six sixes. Justin McCleary added a well-timed 28 batting at 10 while Ben Williams opened with 29. Max Royal was the pick of the Flinders’ bowlers with 3/44.

Regardless of the strong total, Moorooduc couldn’t defend it.

Flinders scored the winning runs (6/206) in the final over, six wickets down.

Shane Beggs was the main man, finishing unbeaten on 92, including seven fours and four sixes.

The Eagles rolled the Islanders for just 70, Matt Eager the destroyer with 5/13 from seven overs, while Blake Terlaak claimed 3/24 from seven. Aaron Paxton top scored for the Islanders with 17.

In the final game, Pines won comfortably against Main Ridge.

The Piners batted first and helped themselves to 9/208, thank largely to 31 from Pat Jackson batting at nine, while Jack Peace-Stirling hit 54 and Ash Hupe 42.