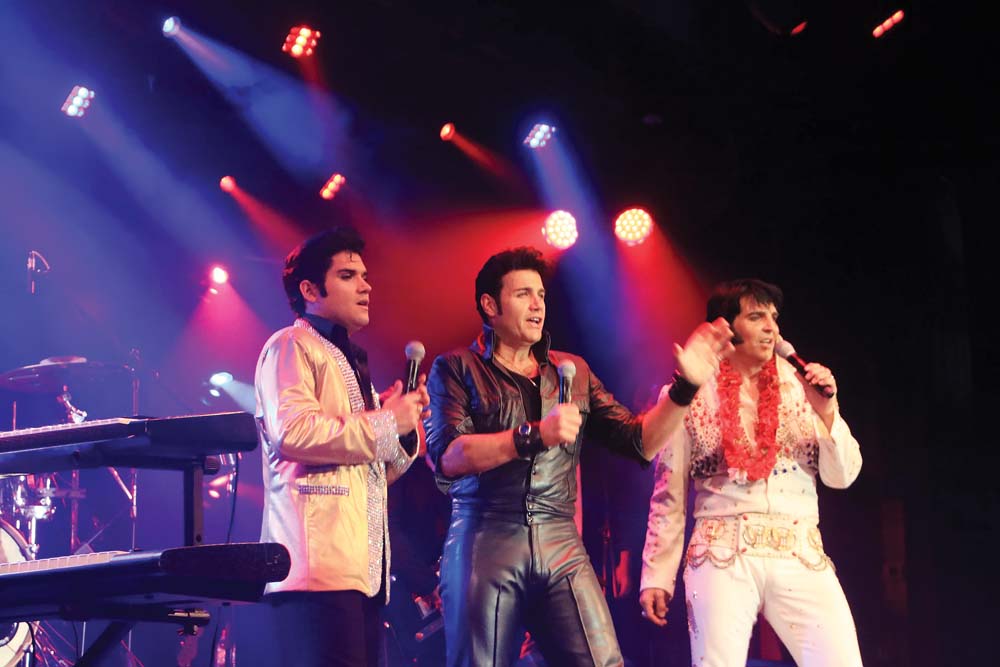 The legendary Elvis Presley has been celebrated worldwide – he was one of the biggest and most important stars of the 20th Century pop culture.

A cultural Icon who was often referred to as the “King of Rock and Roll” and now direct from the U.S comes the Ultimate return Australian Concert Tour 2018 of “ELVIS – AN AMERICAN TRILOGY” – the Complete Story that takes three of the World’s leading Elvis Tribute artists starring in one of the most spectacular live concert production that takes you on a journey through the music of the “The King” in the history of entertainment.

The three stages in the success of “ELVIS – The King” stars VIC TREVINO JNR., who embodies the Rockabilly Sound of the young Elvis; GINO MONOPOLI recreates the sophisticated sound of the Elvis movie years with tracks from iconic films “GI Blues”, “Kid Gallahad”, “Speedway” and many more. He is magnificent as he recreates the 1968 comeback TV Special; and lastly, GREG MILLER channels Elvis in the famous White Eagle Jumpsuit. He recreates the Seventies with “An American Trilogy” featuring the Moves, the Songs and the Nuances that made Elvis the most recognisable figure in the History of World Music.