Hillmen back to best 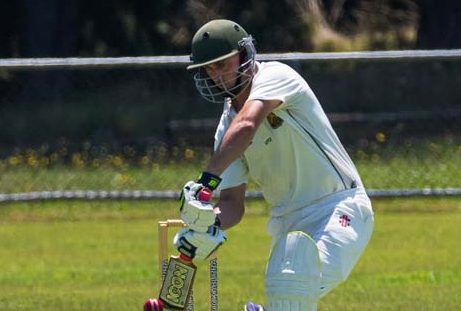 RED Hill was back to its run machine best, smacking 7/313 against Moorooduc in MPCA Peninsula cricket.

Matt Merifield was back to his vintage best with 83 off 93 balls, while Brent Martin also played a significant role scoring 88.

The evergreen Kenny Cremen wound back the clock opening with 16 overs and snatching 4/48.

Long Island and Pines are locked in a dour struggle at Eric Bell Reserve.

The Islanders batted first and didn’t set the world on fire with the bat, scoring just 154 despite a number of players getting starts.

Harley Parker was the best of the Pines bowlers with 4/32 while Alex Coad snared 2/34.

The Delacombe Park and Main Ridge match is sure to go down to the wire after 11 wickets fell on the opening day.

The Parkers batted first and were bowled out for 197, Ricky Ramsdale top scoring with 77 while Jon Guthrie opened with 34.

James Abbott was the pick of the Ridge bowlers with 3/37 while Luke Collins helped himself to 3/47.  The Ridge faced the final seven overs of the day and the Parkers claimed the vital wicket of Michael Holmes. The Ridge will resume at 1/8.

The Sharks won the toss and Blake Hogan-Keogh got his team away to a good start with 57 while Shane Beggs continued his run feast with 47.  Matt Eager was the pick of the Somerville bowlers with 3/38 while Jayde Herrick and Jay Parker each took two wickets.