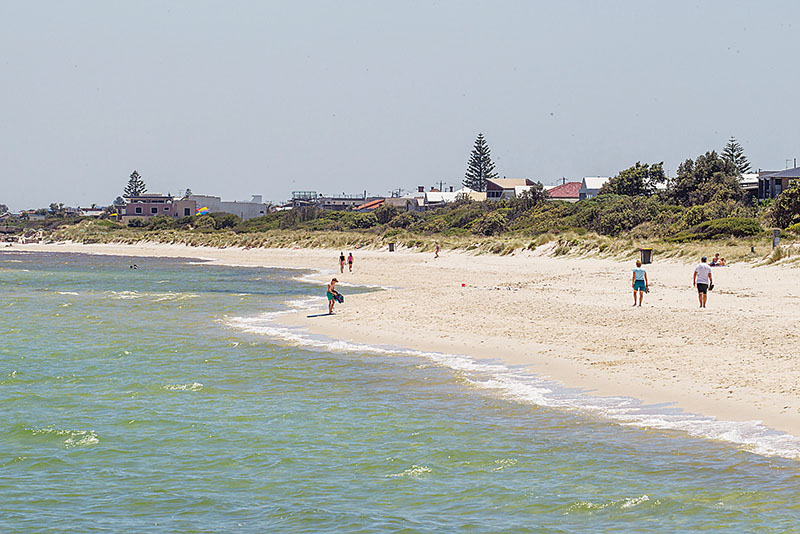 Over the three days, the lifesavers kept watch over 9400 visitors at Carrum beach during patrol hours – nearly half on Sunday (28 January).

With temperatures over 40-degrees Celsius that day, the volunteers extended their patrols from 10.30am-8.45pm. Normally they would patrol noon-5pm.

The extra vigilance was warranted. In mid-afternoon, on the Sunday a four-year-old Cranbourne girl was rescued by a lifesaver on a rescue board 200 metres from shore. The man she was with was so fatigued he was unable to get them both back to the beach.

Even before patrols had begun on Australia Day, lifesavers were called to assist a man who had dislocated and fractured his toe.

Their four first-aid cases included a woman who had crushed her fingers in the electric sunroof of a car and a girl who grazed her leg falling down the rocks at Patterson River.

Their hard work was rewarded with some beachgoers going out of their way just to say “thank you” to the volunteers.

The key messages the lifesavers have for beach visitors are: It’s never safe to swim in or near Patterson River, and “We can’t save you if we can’t see you” – so swim between the flags.

To find out patrolled locations download the beachsafe app or visit beachsafe.org.au

Multilingual resources can also be found at beachsafe.org.au/surf-safety/multilingual which has guides on how to enjoy the beach safely.

The Vic Emergency App has waterway warnings at emergency.vic.gov.au and up-to-date conditions and warnings can be found at the Bureau of Meteorology app or bom.gov.au