Council ‘circus’: I’m a councillor…get me out of here? 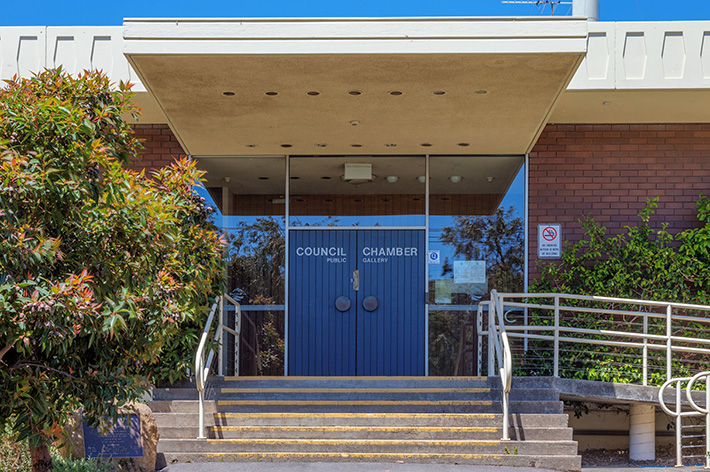 A near live online broadcast of Frankston Council meetings for the first time coupled with the arrival of a state government appointed monitor failed to prevent bouts of bickering in the council chamber as councillors met for their regular monthly meeting to debate and vote on municipality matters.

The meeting broadcast with a delay of 10 seconds or so on council’s website on Monday evening (29 January) was up against the debut episode of the TEN Network’s I’m A Celebrity … Get Me Out of Here! filmed in the wilds of a South African jungle in the ratings battle for home viewers’ attention.

About 40 people watched the council meeting featuring the clash of the councillors online and TEN’s I’m A Celebrity ratings peaked at more than 1.27 million viewers tuning in to see TEN Network declared celebrities try to get along with each other in the jungle.

The council meeting — the first public meeting of the year — saw the mayor Cr Colin Hampton accuse a councillor of “staring” at him and a vote of dissent against a decision made by the mayor while chairing the meeting.

The monitor Prue Digby looked on as the mayor, within the first hour of the meeting last Monday evening (29 January), suddenly accused Cr Glenn Aitken of “staring” at him.

“Have you got a problem, councillor?” Cr Hampton asked.

Cr Aitken said he was “admiring” the mayor and declared it is customary for councillors to pay attention to the chair of a council meeting.

Cr Hampton, nicknamed “Bulldozer” within some council circles, responded: “I take that as an insult to me.”

The staring accusation came after the mayor admonished Cr Steve Toms for allegedly making statements rather than asking questions of a submitter for a grant from council.

Cr Toms accused the mayor of “rudely interrupting” him when speaking to the Reverend Angel Roldan about a request for $8000 to partly fund a Life-Gate mobile food van to feed homeless people in Frankston.

“If I have that sort of remark again to me again there will be consequences,” Cr Hampton warned Cr Toms shortly before accusing Cr Aitken of staring at him.

Later in the near four-and-a-half hour public meeting, councillors voted on a dissension of the chair to try to overrule a mayoral decision as meeting chair to not accept a recommendation by Cr Kris Bolam to have council officers report to councillors about costs to ratepayers when going to the Victorian Civil and Administrative Tribunal (VCAT) about planning disputes.

Deputy mayor Cr Lillian O’Connor was forced to temporarily chair the meeting while Cr Hampton stepped down for councillors to vote on a motion of dissent introduced by Cr Aitken and seconded by Cr Bolam.

Cr Hampton repeatedly mistakenly referred to the recommendation as a notice of motion while criticising councillors raising notices of motion at council.

“That’s one of the reasons we have a monitor in here, monitoring the amount of notices of motion that have been put into this place,” the mayor said.

Cr Bolam at the meeting said he would not “politicise” the monitor’s appointment and said spending so much time debating “innocuous commentary … creates a circus”.

Cr Aitken said: “It is offensive to councillors exercising their freedom to introduce notices of motion.”

The notice of dissent narrowly failed to win support in a 5-4 vote by councillors.

Cr Hampton returned to the chair and a subsequent vote to accept Cr Bolam’s recommendation as defeated on the mayoral casting vote since Cr Toms had briefly left the room during the vote.

Crs Aitken, Bolam, Mayer and McCormack voted to accept the recommendation. Crs Cunial, O’Connor and O’Reilly voted against its acceptance and Cr Hampton used his mayoral casting vote in the 4-4 vote to “maintain the status quo” by rejecting the recommendation.

Ms Digby told The Times, when asked before the meeting, that she would not be speaking to the media about ongoing council matters so her views on the latest squabble between councillors in the wake of years of similar arguments at public council meetings are unknown.

The monitor has been appointed by the Labor state government to attend councillor public and private meetings and will report back to Victorian Local Government Minister Marlene Kairouz about governance at council.

Frankston ratepayers will pay the bill for the monitor.

A report about council decisions at Monday evening’s public meeting will be published in the Monday 5 February edition of the Frankston Times newspaper.

This article was amended on Thursday 1 February to report Cr Bolam said he would not “politicise” the appointment of the monitor and debating “innocuous commentary … creates a circus”. Councillor voting around the notice of dissent and subsequent voting on Cr Bolam’s recommendation has also been clarified.