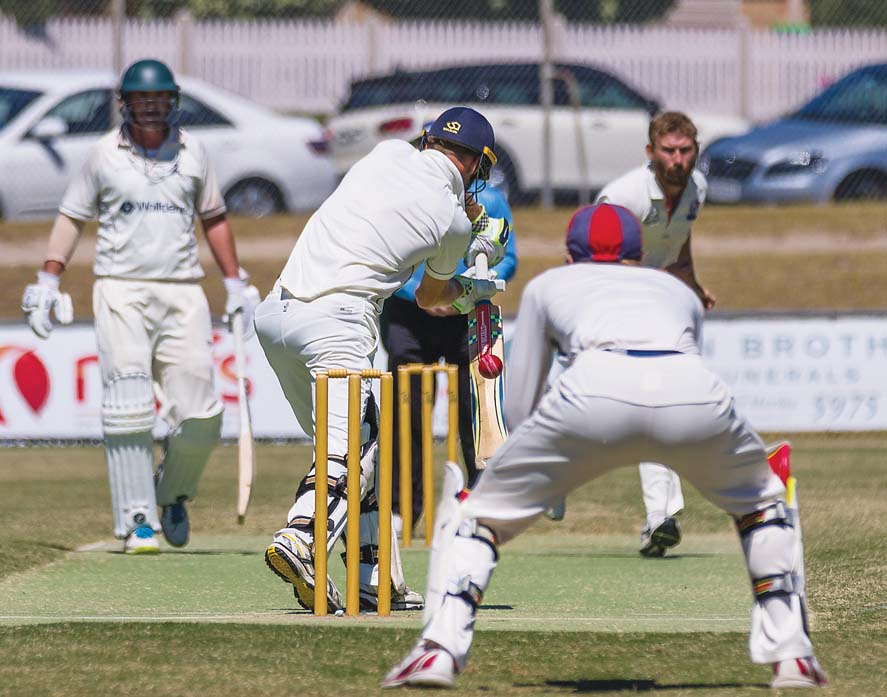 AS predicted a number of rounds ago, Baxter looks set to miss the finals after being touched up by top of the table Langwarrin on Saturday in MPCA Provincial cricket.

Defending just 135 Langwarrin started the second day on top as Baxter resumed at 4/31, with Chris Brittain, Justin Bridgeman and Dale Irving still to bat. Between the three of them they scored 16 runs. This was as a result of the onslaught from Langwarrin skipper Travis Campbell with the ball snaring 6/38 off 18.4 overs.

Playing against his old side Leigh Paterson took out the top order and finished with 4/30.

With plenty of overs left in the match, Langwarrin went back out to bat and at one stage were 2/0. They recovered to be 3/58 and the match was declared.

Despite being set an awkward total of 175 by Mornington, Peninsula Old Boys comfortably tracked down the total, bowled out for 232, handing them a 58 run victory.

Crib Point was always up against it to track down Sorrento’s 9/236.

While spending 68.1 overs at the crease the Pies were bowled out for just 149.

Mt Eliza won a thriller against Pearcedale on Saturday, thanks largely to the batting performance of Justin Grant who scored 53.

While Grant scored 53, Tim Clarke contributed 32 and Scott Tansley contributed a very important 21 at the bottom of the innings. Grant ensured he was at the crease to see out the victory, dismissed by Kane Smith who took three wickets.