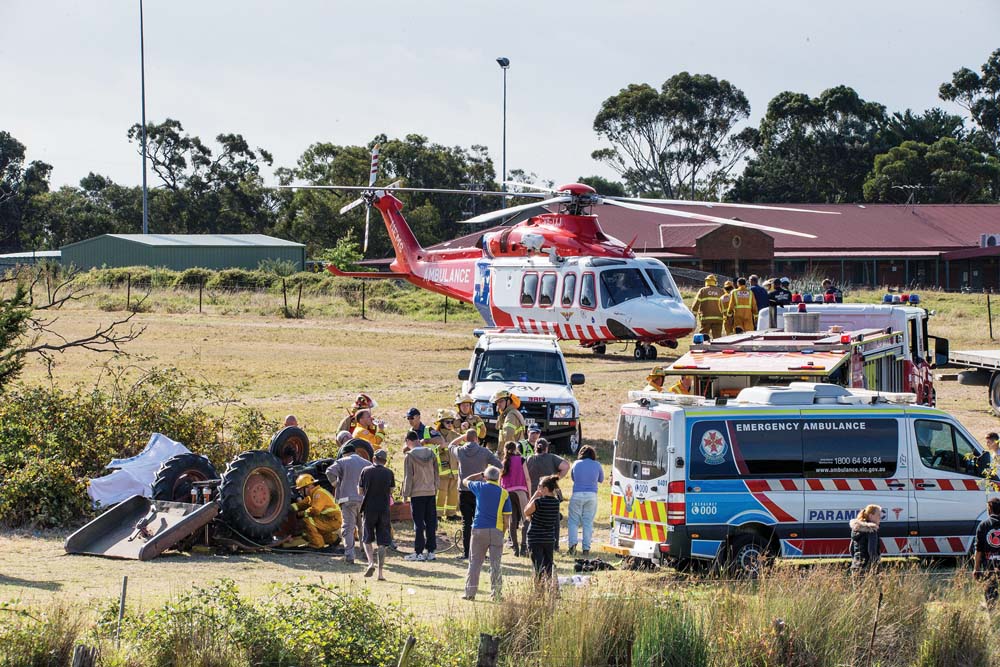 A MAN in his 40s was flown to The Alfred Hospital, Sunday 25 February, after being injured in a tractor rollover on a private property at Langwarrin. He was said on Wednesday to be in a “stable” condition.

The man was slashing blackberries in Warrandyte Road, opposite a car wreckers, when he hit a tree stump causing his tractor to tip over.

Police said the tractor had no rollover bars and the driver was lucky not to receive more serious injuries.