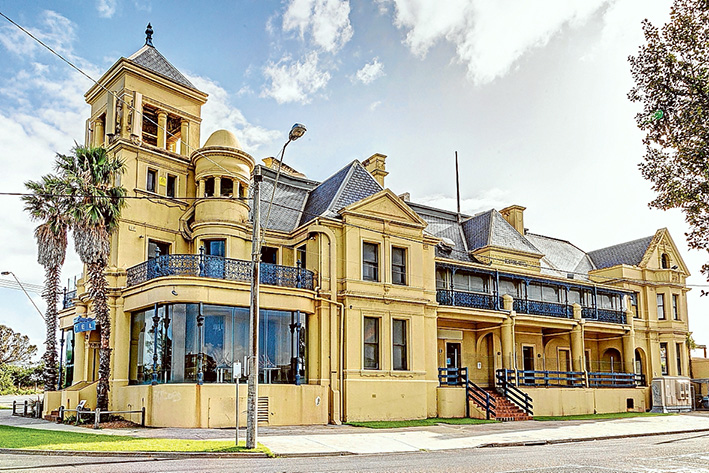 A DEVELOPER who plans to build apartments at the site of the Mentone Hotel has seen a “last chance” offer to Kingston Council rejected by councillors.

The application to build apartments at the Beach Road site will now go to the Victorian Civil and Administrative Tribunal (VCAT) with a ruling expected in October.

Paul Huggins, founder of Momentum Developments, has notified council of his intention to take the planning matter to the state planning tribunal.

A majority of councillors at a special meeting held last Tuesday (13 March) rejected an offer to include a 227-square-metre cafe on the ground floor of the development.

The Save The Edgy group has been pushing for a 800-square-metre ground floor food and drinks business to be included in the building.

Central Ward councillor Ron Brownlees said at the meeting he believed the cafe on offer from the developer “may not be what some in the community want … but I think it’s something that the majority of the local Kingston residents would accept and feel comfortable with if we were to go down that path.”

Cr Brownlees said it is unfortunate the application will now be decided by VCAT.

“There would be a lot of losers in this situation but I don’t think it will be the developer or the owner.”

“But I think what’s being offered here is reasonable and workable and it provides our community with access to a bar and cafe in this hotel.”

Fellow South Ward councillor Georgina Oxley disagreed saying a substantial part of the community had made its view known via the Save The Edgy campaign.

Cr Rosemary West feared the cafe would be little more than “a kiosk”.

The planning application is due to be heard at VCAT in October.

The main building facade cannot be altered due to a listing on the Victorian Heritage Register.