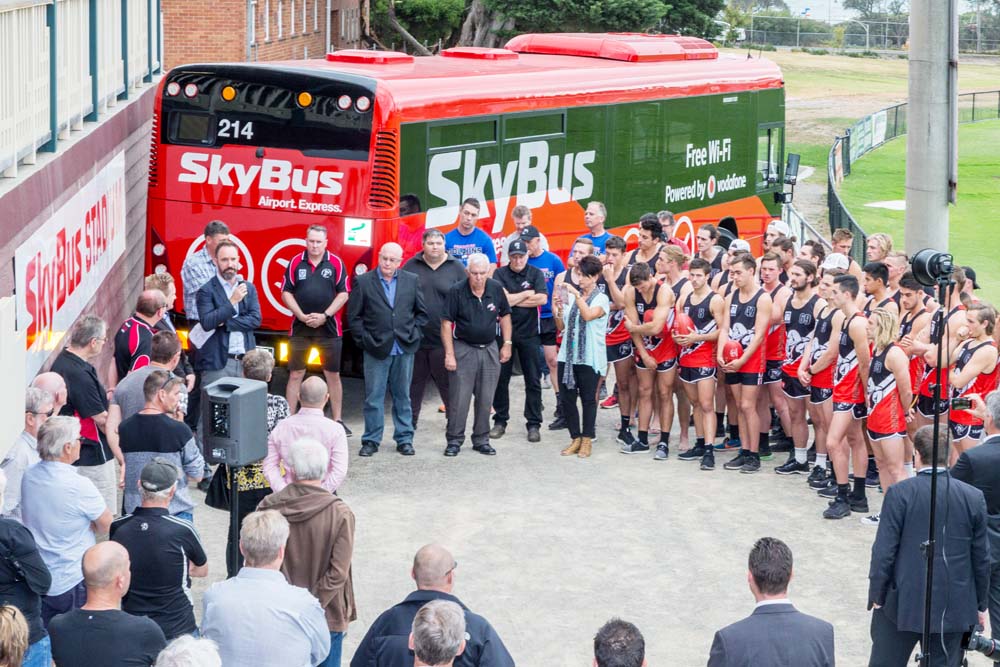 A NAME change for the home of the Frankston Dolphins Football Club was announced last week as part of a major sponsorship on the eve of the club’s return to the VFL.

Frankston Park will be known as the SkyBus Stadium for the next 12 months after the airport bus service operators decided to sponsor the footy club.

The team was forced to sit out last year’s VFL season after entering voluntary liquidation before returning this year.

“We value our role as an integral part of the Frankston and peninsula community, and thus the decision to sponsor Frankston FC is an easy one to make and we are honoured to have the stadium named after us,” SkyBus director and co-CEO Adam Begg said.

“This sponsorship will assist the efforts of the Frankston Dolphins to field a strong and competitive team for the 2018 season.

“More importantly, SkyBus’ support will also help the club pave the way for budding young AFL talent to develop, whilst also improving the oval and its facilities to become a ground that is conducive to train and compete and an important asset for the community.”

“The entire community fought hard to win back our club’s VFL licence. I’ll be so proud to sit with the fans in the SkyBus Stadium this season and cheer on the Frankston Dolphins,” Frankston Labor MP Paul Edbrooke said.

“This is a great example of what we can achieve when we work together – business, community and government have all come together to deliver a great result for Frankston.”

See frankstonfc.com.au or call 9783 7888 for membership deals ahead of the upcoming VFL season.