Renewables strife for Libs along sandbelt 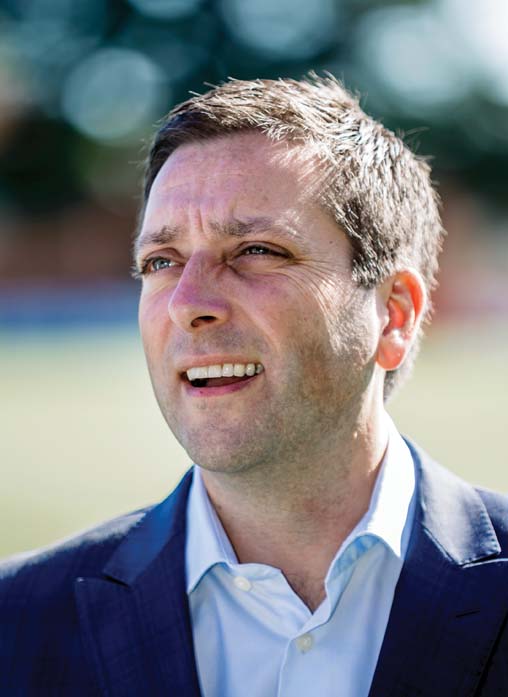 POLLING in the “sandbelt” seats pivotal to winning government at November’s state election reveals the Liberal Party faces a belting over its renewable energy policy.

“Across the sandbelt, our polling confirms that voters in suburban electorates want more renewable energy and are concerned about the state’s ongoing reliance on coal,” Environment Victoria CEO Mark Wakeham said.

“Over 50 per cent of voters say that Labor’s renewable energy target makes them more likely to vote Labor.

“On the other hand, Matthew Guy’s promise to keep coal-burning power stations open has little public support, with less than 30 per cent of voters saying the policy makes them more likely to vote for the Coalition.

The sandbelt seats are Frankston, Carrum, Mordialloc and Bentleigh. All four swung from Liberal to Labor at the 2014 state election.

ReachTEL called 2939 people across the four marginal electorates on 6 March.

A “lack of political will” rather than costs, reliability and technology was nominated as the most significant barrier to increasing renewable energy in Victoria by nearly 51 per cent of respondents.

The Liberal Party did not respond to a request for comment before publication deadline.

Environment Victoria is a not-for-profit advocacy group that says it is not politically aligned.

The group has previously opened a pop-up “Enviro hub” in Frankston in the lead up to the state 2014 and federal 2016 elections to highlight environmental policies of political parties to voters in marginal electorates along the Frankston line.