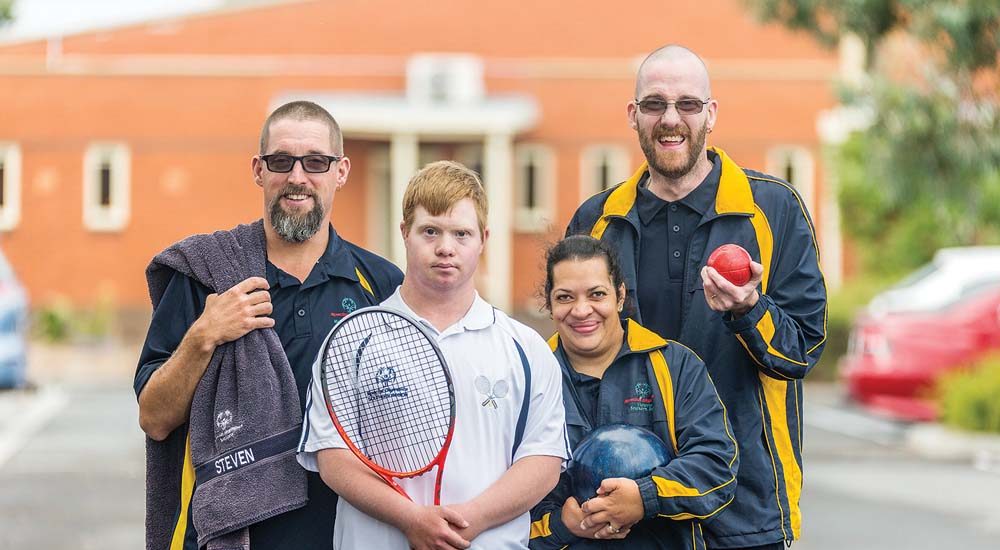 The athletes were presented their jumpers by state Mordialloc MP Tim Richardson and deputy mayor Cr Georgina Oxley, Kingston Council as they prepare to join TeamVic at the national games.

The four-day national games kick off at the Titanium Security Arena, Adelaide on April 16 with the Melbourne Southern Club athletes ready to compete in athletics, basketball, bocce, tenpin bowling, tennis and swimming.

The TeamVic members are set to travel to Adelaide on Monday 16 April to compete against over 1,000 other athletes from across the country as well as Fiji and Papua New Guinea.

Melbourne Southern currently has 74 athletes at the club and is always looking for children through to adults with an intellectual disability to participate in the Special Olympics.

For further information about Special Olympics at Melbourne Southern contact: Lisa Graves on 0404 868 043.