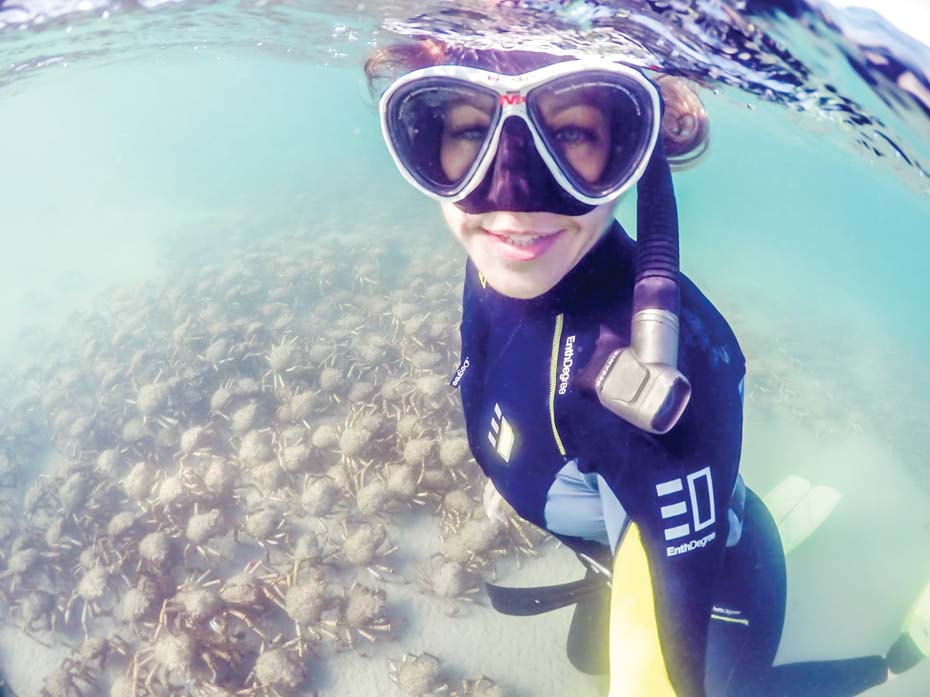 HUNDREDS of thousands of giant spider crabs are about to begin their annual migration into the sandy shallows at Rye and Blairgowrie.

The armada of orange crabs arrives as the bay’s waters begin to cool in May and stays until July.

Marine biologist Sheree Marris said that, as the name suggests, these crabs are massive, with long spindly legs and bodies up to 17cm wide.

“They move in organised chaos on eight long legs,” she said. “Their weapons are swollen claws and their mission is to seek shelter in the safety of the shallows, moult and, in some cases, mate.”

Ms Marris said that, like most crustaceans, the crabs’ hard armour protected them but didn’t allow them to grow. “They need to get rid of the old armour and grow a bigger one,” she said.

The crabs secrete an enzyme that separates the old shell from the underlying skin, while a new soft paper-like shell grows beneath the old one. They then absorb seawater and swell up, causing the old shell to open up like a lid allowing the crab to extract itself.

“Once one crab starts to moult it sets off a chain reaction and the rest of the orange-clad army moult almost simultaneously,” Ms Marris said.

“Moulting allows the crabs to grow and helps rid them of parasites and other animals growing on their shells, including bacteria that can weaken and erode their protective uniform.”

It is thought that by aggregating and moulting together, the crabs have less chance of getting eaten: it’s a simple case of safety in numbers.

However, during this moulting process, the soft crabs are vulnerable to the mouths of hungry hunters.