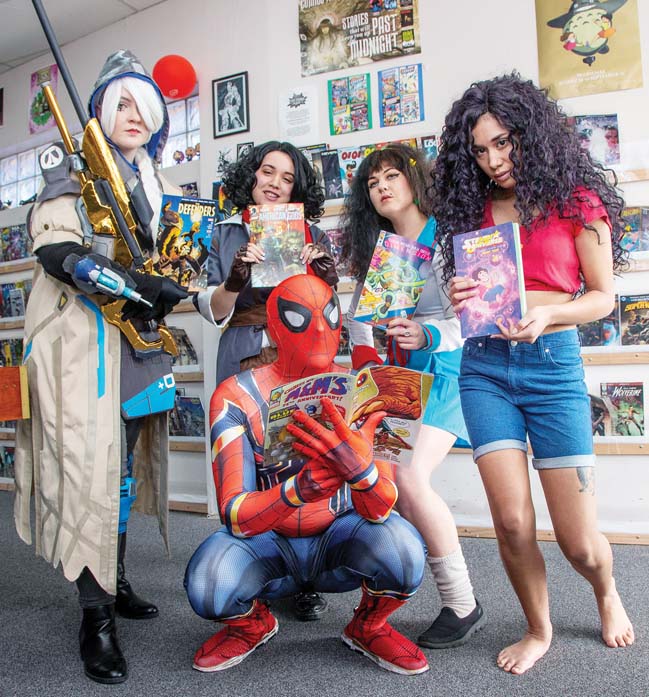 A DAY offering free comics to promote the writing and art form that began in the US before making its way to Melbourne is now arriving in Frankston.

The Comic Place will host Frankston’s first Free Comic Book Day at its Playne Street store on Saturday 5 May.

Giveaways on the day will include some free issues of Australian and overseas published comics.

Artists will produce on the spot sketches for a donation to charity and shop visitors can have photos taken with cosplayers for a charity donation.

There will be free kids face painting and colouring activities in store.

He decided to open the shop after running stalls at markets to bring a dedicated comic book shop to the south east where it was needed and also to specialise in promoting and selling Australian content, often overlooked by other stores.

“The Comic Place regularly hosts events aimed at encouraging people to produce their own comics and art, such as workshops and to meet local creators to discuss comics and engage other’s work such as creator meets and signings,” he said.

Call Jim or Elizabeth Vinton on 9783 5975, all days except Tuesday, or email thecomicplac3@gmail.com for more information or to arrange a photoshoot with cosplayers.