Murphy back for second election fight 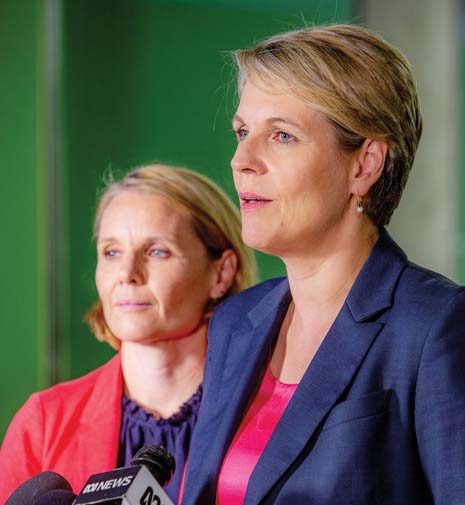 Battlelines: Peta Murphy is aiming to win Dunkley for Labor as part of a nationwide bid to return the party including Tanya Plibersek, front, to government at the next federal election. Picture: Gary Sissons
Share
Facebook Twitter LinkedIn Pinterest Email

IT’S on. Again. Labor has chosen its candidate to contest the seat of Dunkley at the federal election when it is called.

Peta Murphy, a lawyer, will again face off against Liberal MP Chris Crewther who won the seat by a slim margin in 2016 after previous Liberal Party incumbent Bruce Billson retired from politics.

“I’m excited and privileged to be Labor’s candidate for Dunkley again, and to continue to advocate for our community,” Ms Murphy said.

“I’ll be campaigning for investment in the people and infrastructure of Dunkley, which we sorely need and haven’t had from the Liberal government.”

Mr Crewther faces a fight to retain the seat for the Liberals with proposed electorate boundary changes by the Australian Electoral Commission set to lose Mornington in its south and gain Carrum Downs, Sandhurst and Skye to the north from the Isaacs electorate (“Electoral ground moves for MPs”, The Times 9/4/18).

ABC election analyst and numbers cruncher Antony Green noted Dunkley would change from being a marginal Liberal seat to being a Labor seat with a margin of about 1 per cent, based on votes at the 2016 federal election.