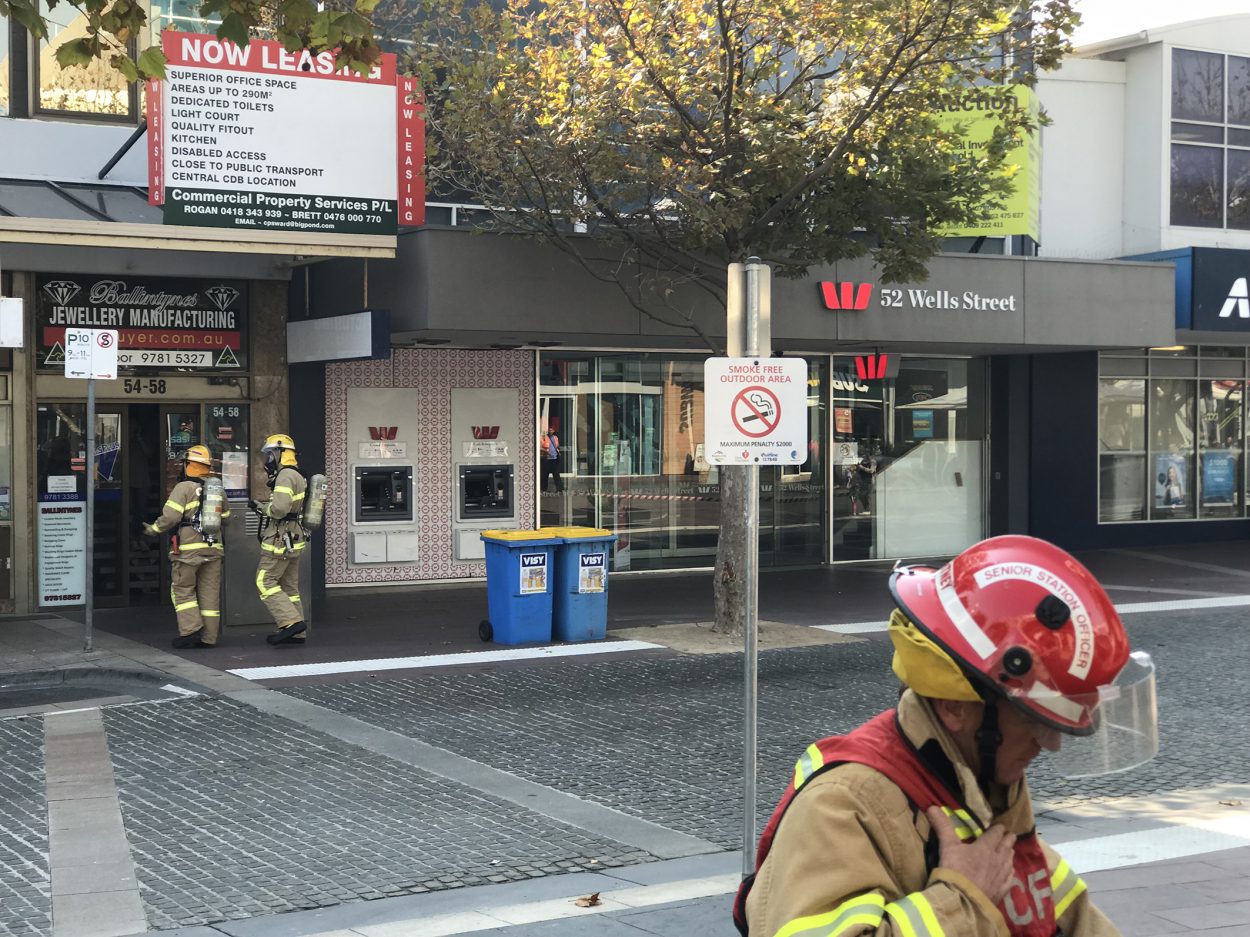 A BANK robber has been apprehended by police at the Westpac bank in Wells Street, Frankston.

A man wearing a gas mask entered the bank at about 10.30am this morning (Tuesday 1 May) and allegedly sprayed bank staff with a liquid before demanding cash.

It is understood he was arrested shortly after leaving the bank.

No-one was seriously injured during the robbery.

Police said the liquid substance was tested by a Country Fire Authority HAZCHEM team and was “found not to be dangerous”.

“The offender is currently in custody and anyone in the vicinity should be reassured that there are no concerns with the substance involved,” a police statement said.

UPDATE: Police advise a 66-year-old Langwarrin man was remanded in custody and no bail application was lodged. He will appear in Melbourne Magistrates’ Court on Wednesday 2 May.

The man allegedly sprayed a security guard and female bank employee during the attempted robbery.

He dumped a canister containing the liquid at a nearby carpark after fleeing the bank.

Police say the 66-year-old was caught by the bank’s security guard and two passers-by in Young Street.