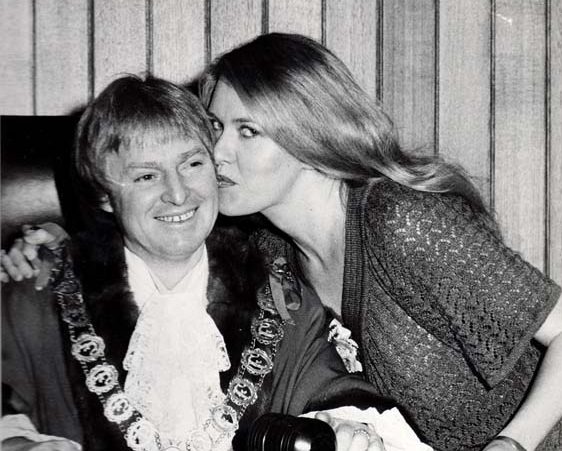 THERE’S no doubt Rogan Ward liked to talk. He was also an accomplished musician. A man who travelled through life to the beat of his own drum, often with beneficial outcomes for others.

That being said, it was perhaps no surprise that the stroke that led to his death on Monday 30 April occurred while having a chat over a coffee in a cafe with a client.

A former mayor of Frankston (1981-82) and long-time Labor party member (and candidate), Mr Ward would have been 75 in July.

Mr Ward’s wife Diana, with who he ran Frankston-based Commercial Property Services alongside his son Brett, was able to speak with her husband after he was admitted to Frankston Hospital.

Proud of her husband’s involvement in community development, Ms Ward last Thursday recalled a time when sewers, or lack of them, were an issue: “Back in the late 1970s and early 1980s, no suburbs on the Mornington Peninsula were sewered, despite the rapidly growing population.

“Scenes of kids around Kananook and Seaford having to wade through untreated sewerage outraged Rogan and his fellow councillor Heikki Mamers, so the two of them fought hard to have the crisis fixed.

“Eventually they managed to win the council over to supporting their call for the construction of modern sewer systems and Frankston became the first town on the peninsula to be fully sewered.”

The by-election, caused by the retirement of Sir Phillip Lynch, saw an unexpected win by Liberal candidate Peter Reith over Mr Ward, 34,765 votes to 31,052.

Prime Minister Malcolm Fraser called an early double dissolution election and Labor replaced its leader, Bill Hayden (who claimed that a “drover’s dog” could lead the ALP to victory) with Bob Hawke. Facing another election in Flinders, Labor replaced Mr Ward with Bob Chynoweth who defeated Mr Reith (re-elected at the December 1984 election).

In December 1982 The Age reported that Mr Ward’s father, Jack, had the Star Hotel at Narrandera and a farm at Gillenbah In the Riverina, the area where Rogan Ward was born.

Mr Ward senior sold the pub and farm after three unsuccessful attempts to win the federal seat of Riverina, and bought three newspapers.

In the electorate of Flinders one does not have to walk far down the street with Mr Ward to realise that he is very well known. “In the local papers, I am very rarely off the front page,” he says.

Rogan Ward is survived by his mother Marjorie (an awarded author), his wife Diana, their eldest son Brett, their second son Liam and his partner Shu Shu, daughter Birra-li and her husband Chai and older children daughter Kim and son Mark, his brother Glen and sister Jacqui, and his three grandchildren Malina, Yuthana and Jantra.

A “celebration of the life” of Rogan Ward is at 11am tomorrow (Tuesday 8 May) in the Simpson 2 Room at Frankston RSL.