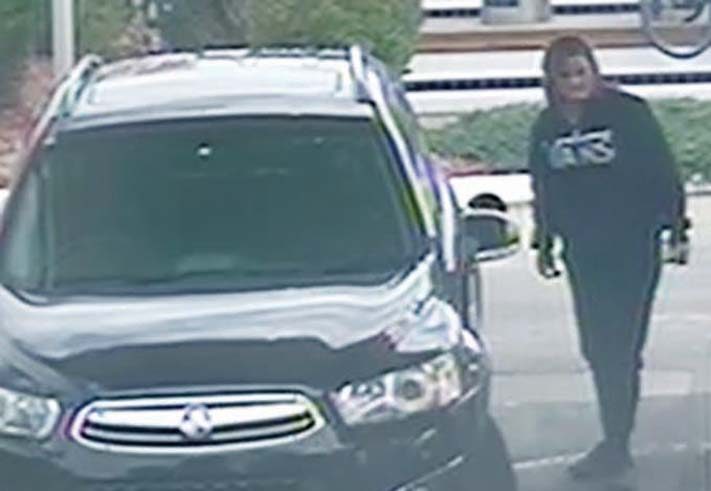 The attack happened on Frankston-Dandenong Road at Carrum Downs on Sunday 29 April at 9.30pm.

The victim, a 64-year-old deaf man from Wallan, told police he saw a black Holden Captiva driving erratically in the right-hand lane.

As the Uber driver passed the Captiva, he flashed his lights to let the driver know he was passing on the inside lane.

The Captiva then slowed down and changed lanes, driving directly behind the victim, who was slowing down to turn on to Ballarto Road.

As the victim attempted to turn off, the Captiva struck the back of his vehicle before accelerating away along Frankston-Dandenong Road.

The victim followed the Captiva, at a distance, until it turned off on to a side street. He pulled in behind the Captiva and began to write the Captiva’s registration details into a book.

While doing this a male occupant got out of the Captiva and approached the victim’s car. He opened the driver’s side door and snatched the book from the victim’s hand.

The victim got out of his car indicating that he wanted the book returned. The man punched the victim in the face causing cuts to his eyebrow and forehead.

Two other men got out of the Captiva and began hitting the victim on his body and head. The victim fell to the ground with the men continuing to assault him.

A passing man and woman intervened, causing the men to run away.

The victim managed to drive to Frankston Police Station where an ambulance was called to take him to hospital.

The victim was unable to tell police the exact location of the assault and did not get the names of the couple that came to his aid.

Investigators have released an image of a woman, below, seen with the Captiva at a service station before the assault who they believe can help with their enquiries.

Police are hoping to identify the couple who helped the victim and identify the exact location of the assault.

Anyone with information should contact Crime Stoppers on 1800 333 000 or submit a confidential report at crimestoppersvic.com.au online.