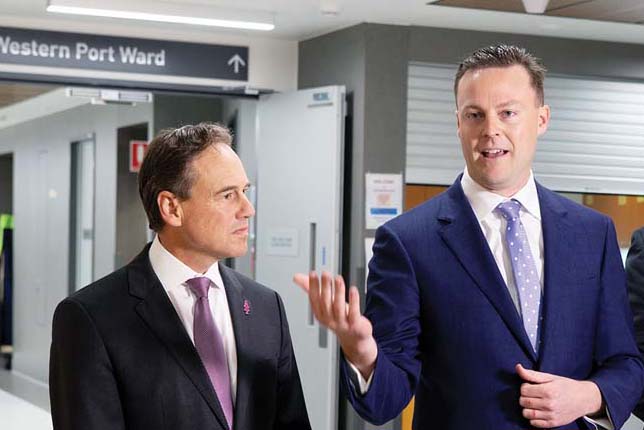 MORNINGTON Peninsula Shire council has lodged objections to boundary changes to the Dunkley electorate that would see Mornington and the northern part of Baxter move into the Flinders electorate.

Shire mayor Cr Bryan Payne wrote to the Australian Electoral Commission (AEC) on 4 May to voice concerns about proposed electorate boundary changes to both Dunkley and Flinders.

“In particular, we are concerned about the separation of Mount Eliza from the neighbouring township of Mornington,” Cr Payne stated in a letter to the AEC.

“Mount Eliza benefits from being part of the same federal electorate as the township of Mornington, which is a major activity centre for Mount Eliza residents”.

ABC elections analyst Antony Green has calculated Dunkley, won with a 1.4 per cent slim majority by Mr Crewther at the 2016 federal election, would be winnable for Labor with a margin of 1.3 per cent based on votes cast in 2016.

Mr Green initially estimated a 0.9 per cent margin for Labor before revising the possible margin to 1.3 per cent.

The Age reported Ukraine’s ambassador to Australia, Dr Mykola Kulinich, submitted an objection to the Dunkley boundary change stating: “Ukraine-Australian relations can only be strengthened further by Mornington remaining within the Dunkley electorate”.

“I believe that the Ukrainian community in Dunkley will be disadvantaged by separating Mornington from the electorate, where many reside,” Dr Kulinich wrote in an email to the AEC.

“One example is the ever-growing Blue Bay Cheese that has businesses in both Mornington and Frankston. This is a successful Ukrainian-Australian owned business.

“They and their many mainly Ukrainian-Australian employees should not have to deal with two members of parliament, particularly given they deal with many immigration and employment related matters on a regular basis.”

The seat of Flinders has been held by Liberal MP and federal Health Minister Greg Hunt since 2001 and was retained with an 11.8 per cent majority in 2016.

If the boundary changes are implemented Carrum Downs, Sandhurst and Skye will switch to Dunkley from the Isaacs electorate held by federal Labor MP Mark Dreyfus.

The AEC received 32 objections to the planned Dunkley boundary changes and 35 against changes to the Flinders electorate footprint.

Some objectors made submissions against changes to both electorates as part of their sole objection.

Prime Minister Malcolm Turnbull visited Seaford Hotel last Tuesday evening (15 May) for a “Politics in the Pub” event in the marginal seat of Dunkley.