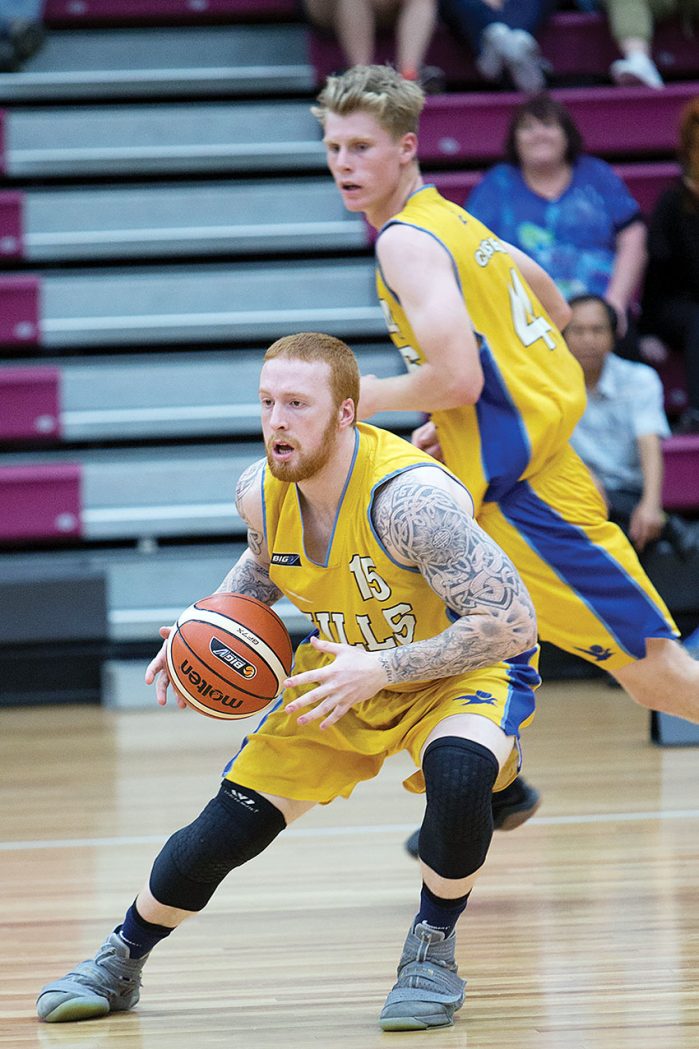 CHELSEA Gulls have run over the top of the Western Port Steelers and claimed third spot on the ladder after round eight of the Big V men’s division one league.

The Steelers were coming off the back of a 30-point demolition over the Bulleen Boomers the night before, but a match-winning performance from the Gulls’ Matt Brasser (40 pts, 7 treys) and a solid tag from Stewart-Paul Tyrrell proved key to the Gulls’ success.

In the opening 10 minutes, the Steelers raced to a 29‐15 lead over Chelsea, but the Gulls bounced back with a 52-30 run during the middle periods to set up the seven-point victory (80-87).

Away from one of the season’s best performances to date by the Gulls’ Matt Brasser, Steelers’ players Dylan Travis and James McKinnon had solid games, totalling 28 and 22 points respectively.

Chelsea Gulls head coach Peter Caspersz said the two efforts by Brasser and Tyrrell were spectacular and made a huge difference at both ends of the court.

“Their import (Dylan Travis) lit up in the first quarter while we got off to a pretty poor start,” Caspersz said.

“We didn’t change a lot after the first quarter. I just told them to ‘stay composed and have faith in what we are doing’ and eventually we would start dropping shots and denying theirs.

“We mainly had to clamp down on him (Travis) and then I knew we could get back in the game and to Stewart’s credit he did just that.

“We really started to execute as the game went on and Corey [Standerfer] was in early foul trouble so Matt took over and really didn’t stop.”

In the women’s state championship, the Southern Peninsula Sharks were without Jaz Shelley due to a national team camp, but after making a few changes and Gemma Simon (22 pts) stepping up, the Sharks made sure they didn’t go down without a fight.

In a tight game against the Ringwood Hawks, Peyton Little added another 16 points for the Sharks but the Hawks’ 47 per cent shooting clip made the biggest difference compared to the Sharks’ 35 per cent, and the Hawk’s claimed the victory by seven points (60-67).

In the women’s division one league, Chelsea and Western Port both suffered losses over the weekend. The Steelers fell at the hands of the league leaders, Casey Cavaliers (73-52), as they claimed their first win of two for the weekend.

Chelsea then suffered a three-point loss to the Camberwell Dragons on the Sunday after clawing back a 12-point deficit in the third quarter. Scores were tied at 41 a piece with one quarter remaining and the Dragons were able to get themselves ahead and keep it that way until the end.

In the men’s division two, the Southern Peninsula Sharks were handed their third straight loss against the Coburg Giants (77-86) but while the Giants opened up an 18-point lead by the time the final quarter rolled around, the Sharks still didn’t give in.

The Sharks went on a 10-0 run early in the final quarter to bring them back within 10 points, but the Giants held them off late for a nine-point victory.

In the women’s division two, Mornington Breakers recorded their second win of the season defeating Melton by 10 points. An entertaining opening half saw the scores locked at 36 for the main break. Melton held sway in the 3rd to cling to a three point lead, but with fresher legs Mornington were able shut down their hosts on their way to a 27-14 last term to record the victory. Fiona Darnell had a blinder for the Breakers, carding 28 points, 14 rebounds and four assists while Ashleigh Wright also had a strong game with a board off a double with 13 points.