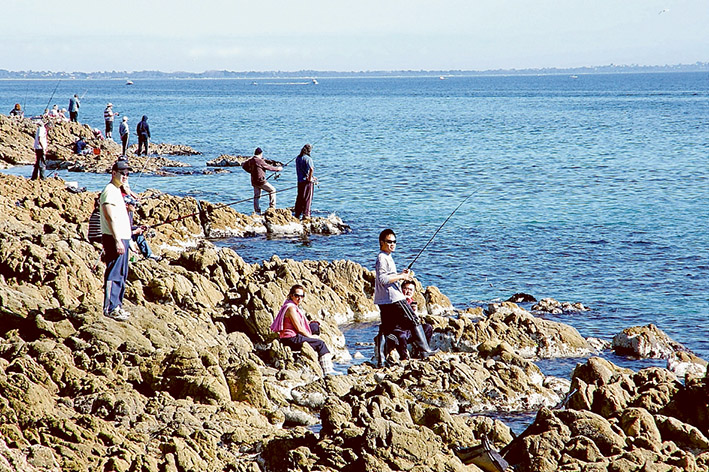 Fish assured: Fisheries Victoria says a drop in the number of snapper spawned in Port Phillip will not cause a loss in catch either in the bay or central and western Victorian waters. Picture: Keith Platt
Share
Facebook Twitter LinkedIn Pinterest Email

A SURVEY of baby snapper in Port Phillip has recorded the highest count in 26 years, surpassing previous peaks in 2001 and 2004.

Victorian Fisheries Authority boss Travis Dowling said the baby snapper boom would herald an “unprecedented influx” of small snapper in 2022 and bigger snapper – over 40cm – in 2025.

“Our fisheries scientists have never seen baby snapper numbers as good as this in all the years they have been conducting the surveys,” Mr Dowling said.

“Port Phillip is the most important spawning area for snapper in central and western Victoria so this is very good news for anglers who love catching this iconic fish.

“Scientists undertake the annual surveys of baby snapper in late March and know to expect variation in spawning success depending on environmental conditions.

“The survey measures the abundance of newborn snapper 3-10cm that have survived through the recent spring-summer spawning season. Anglers will notice exceptionally high numbers of undersize snapper over the next few years in Port Phillip Bay, Western Port, and central/western coastal waters.

“It’s important that these undersize snapper are handled with care and released as soon as possible to maximise their survival, which is typically high.

“The minimum legal size for snapper in Victoria is 28cm, and the daily per-person bag limit is 10, of which only three can be 40cm or over.”

“The state government’s Target One Million plan is also bringing an end to all commercial net fishing in Port Phillip Bay by 2022, which will mean more snapper and whiting for recreational anglers and their families,” he said.