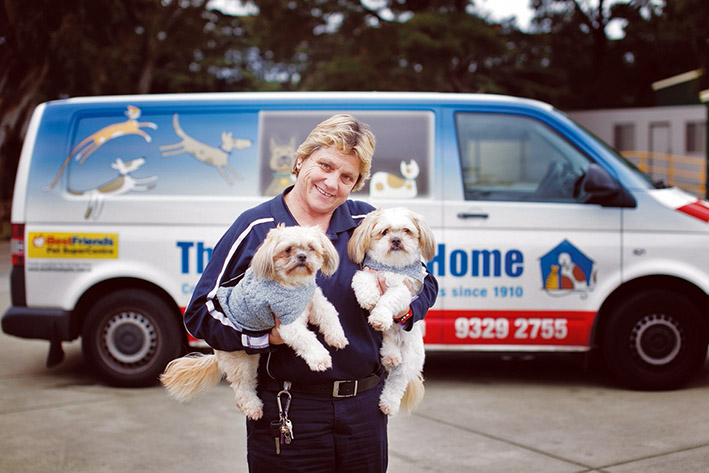 DOGS who perform not so great escapes as far as owners are concerned may avoid going to the pound in future if suggested changes to the way Kingston Council deals with lost pets go ahead.

Councillors at last month’s public council meeting voted for council officers to investigate minimising the chances of lost pooches facing a stay at a pound if a dog is registered and microchipped with council.

“I think nobody wants their dogs to go wandering the streets day or night by themselves,” she said.

“Most of the time for people, pets are part of the family and when they do go missing it is devastating both for the pet and the human a lot of the time.

“If they do end up at the pound it’s a long, long process to get your dog back. I wouldn’t want any family to be going through that.

“So I think that it’s important if they do go missing, we’re able to return them as soon as possible.”

Cr West said “Houdini hounds” often are experts in escapology and find inventive means to break out of fenced gardens and yards.

“My dog climbed up a tree to climb over a guinea pig’s hutch and jump down off the letterbox … people very kindly collected her and rang me,” she said.

On one occasion Cr West said her dog spent the day at “a very kind” vet’s office before being collected.

Cr West said a small fee for such a service would be reasonable to most dog owners to avoid pets going to the pound.

Council has an arrangement for wandering animals to be sent to the Lost Dogs Home in Cranbourne which can be inconvenient for some Kingston residents to visit during opening hours to retrieve pets.

Officers will report back to councillors at a future council meeting in the coming months.

Councillors also tasked officers with reporting back on providing “more robust” dog tags since several dog owners have complained that the existing tags are “flimsy” and easily fall off pooches’ collars.