History in the frame for art 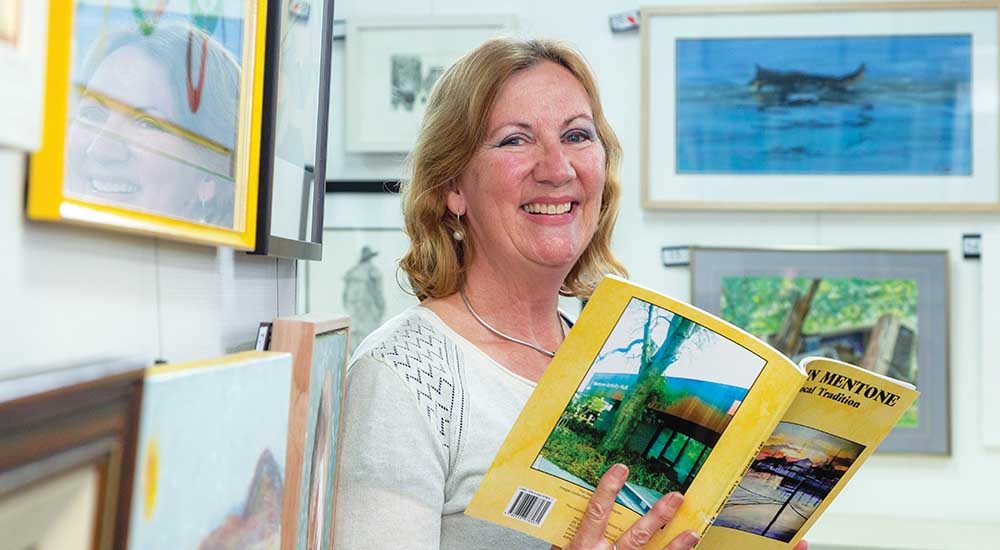 A MOVE from premises in Mentone to new digs in early 2016 was the impetus for an art group to paint a picture of its own history in book form.

Mentone Mordialloc Art Group member Pamela Cooper compiled and edited the Art In Mentone book after deciding to dig through files stored in a cabinet at the group’s former Old Granary Lane base when it was scheduled for demolition ahead of a move to the Mentone Activity Hub in Venice Street.

The Mordialloc resident uncovered a treasure trove of documentation dating back to the art group’s formation in 1956 that forms the basis of the glossy Art In Mentone.

“I had a bit of a peek and saw there were some really interesting things in there and so wanted to keep a permanent record of it,” Ms Cooper said.

“Generally I have an appreciation of things that have happened in the past and I think it’s easy for us to forget all of that and to lose it. And I think it’s really quite sad because history is what builds and creates what we are today.”

The colourful book is a vivid illustration of changing people and places in the Mentone area over the past seven decades.

It took about three years in Ms Cooper’s spare time to research and compile the book published last year for the first time.

Correspondence between the group, council and schools is preserved in its pages to show how the group flourished throughout the years.

“I realised as I went through it I was actually building a little part of the history of art in Australia,” Ms Cooper said.

“I had spine-chilling moments where I was able to connect a famous name in Australian art to our art group.”

Some of the Mentone Mordialloc Art Group’s early members, such as Gunnar Neeme and David Taylor, became internationally renowned.