Turning waste into hands for children 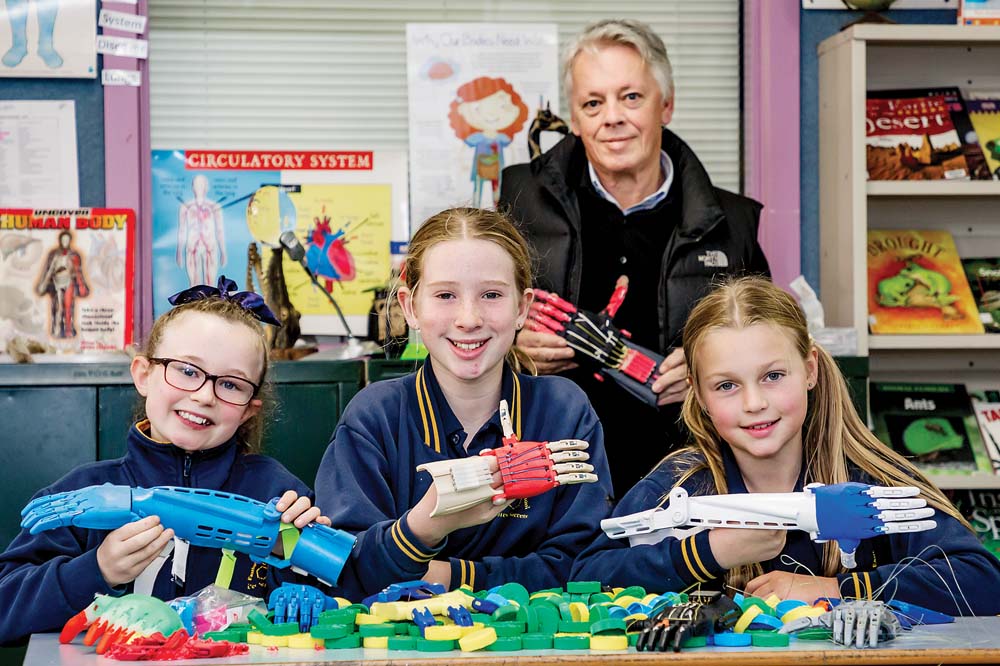 MAKING prosthetic limbs and hands from plastic bottle tops sounds like an amazing project and is one which Eastbourne Primary School is enthusiastically supporting.

Students have set themselves a goal of collecting one million tops which Seaford not-for-profit group Envision will use to make artificial limbs for children in developing countries.

Principal Stephen Wilkinson is asking the community to get on board. “It’s easy to collect the plastic bottle caps with the numbers two or four inside,” he said.

The impetus for the project came from Saun Teer at Envision. He visited the school to explain how the plastic tops are used to make 3D printed hands for children – instead of going to landfill.

“Bottle caps are fully recyclable yet, unfortunately, as reported on the ABC’s ‘War on Waste’, they aren’t being recycled. They get sent to landfill.”

“After considerable experimentation we have successfully taken this plastic and extruded it to create functioning filament for 3D printers,” he said.

“Once we have the filament we 3D print all the components that make up the hand.”

The Eastbourne students have joined Seawinds Community Hub in collecting the tops and are calling on the community to join in and save hundreds, or even thousands, being dumped into landfill.

Mr Teer said donations would help buy equipment to continue the process. “Our mission is to create 100 prosthetic hands from bottle caps by using 3D printers, and then to donate the finished hands to children in need.”

Plastic bottle tops for donation can be dropped off at Eastbourne Primary School  in Rosebud, at local Bendigo Bank branches and at Raw Travel in Mornington.