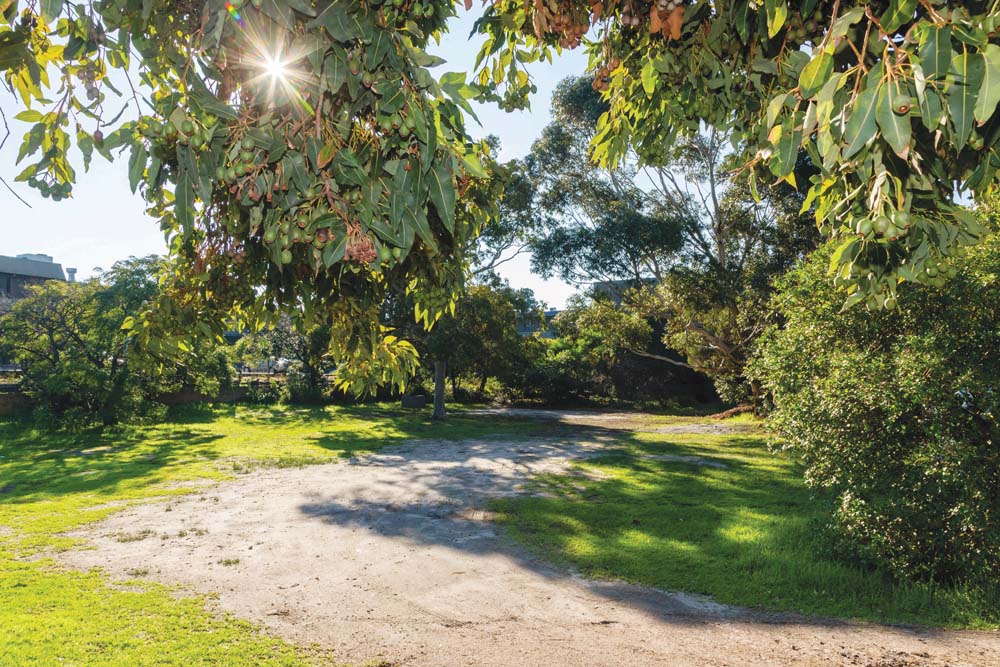 FRANKSTON Council have backed out of a move to sell a parcel of public land on Evelyn Street to the Department of Justice.

Council voted on 18 February to negotiate the sale of the land in a vote that was intended to take place behind closed doors. Councillors voted to bring that debate into the public section of the meeting.

On 3 June council moved to reverse the decision to negotiate the sale of the land, voting to ensure “the Evelyn Street site 17R and 19R-21R will not be sold and is to be retained as open space for the people of Frankston both now and into the future” and “that a report be provided at the August ordinary meeting on options for planting and landscape improvements to the Evelyn Street open space as a value added public area.”

Cr Mayer said “I supported [the sale] originally thinking about creating jobs and having community services in there. We were told at a briefing there was no other suitable site, which I now question. I think this is the cheapest and easiest site.”

“I went out there and I had a look at the space, it’s now sectioned off so there are no cars parked there anymore. There are a number of established trees there, there’s gum trees. The barbecue is old, but if we rehabilitate the space a bit it could be something quite special,” she said.

“There wasn’t support from the community, we do need to learn from our previous decisions that we’ve made that haven’t been very popular that we can’t undo.”

Cr Steve Toms said “in the 1960s this parcel of land was given to the people of Frankston. Since then it’s been public land and in my view it should remain public land, and it should be enhanced going forward. The suggestion has come from various different residents to me that they would not like to see the last element of green space in the CAA disappear into the ether and be swallowed up by a government department.”

“While Evelyn Street at this stage is not very well maintained, and there have been cars parking on it in recent times which they are not allowed to do, it is the last green space in the CAA. It’s a fantasy to say if we put money aside and into a fund then maybe one day a council will decide to spend it. Who says a future council would actually spend it? Why replace what isn’t broke,” he said.

“There is a record high vacancy rate of buildings in Frankston, why couldn’t they have gone into one of them?”

Cr Aitken, who strongly opposed the sale of the land when it was last discussed at council, again passionately defended the “vital” need for green space. He said the land “belongs to the people of Frankston, it belongs to our citizens. It has long been part of the open space preserves of Frankston city central area.”

“At this point in time we know about green space and how open areas are vital to people’s sense of ownership, place, and health. We can easily say it would be very regrettable to lose any further green space in Franskton’s town centre,” he said.

Cr Bolam said at the February council meeting that selling the Evelyn Street land to the Department of Justice would create 187 jobs, which was a factor in his support of the sale. He told councillors at the 3 June meeting that he had reflected on council’s past decisions based on promises of creating jobs, and changed his mind.

“I did, along with Cr Mayer, support progressing this proposal. But after listening to the public, getting the facts, and as Cr Toms said looking at the vacancy rate in the CBD, I’m now inclined to not support the proposal,” he said.

“At the end of the day we’ve gone out to the public, the public has spoken, and we as a council have listened. My biggest regret as a councillor is South East Water. That was a process that I regret. I voted for that proposal and when I look back now as an individual councillor I would have approached that differently knowing what occurred.

“There are facets of the St Kilda Football Club proposal that I also regret, the voodoo economics that were involved in that and the promise of jobs and economic stimulation that never occurred. I’m not going to be swayed by prognoses, I’m going to be swayed by this consultation process.”

The Evelyn Street land had been used as a car park next to the police building. Vehicle access was cut off last month.