Whales back in the bays for winter 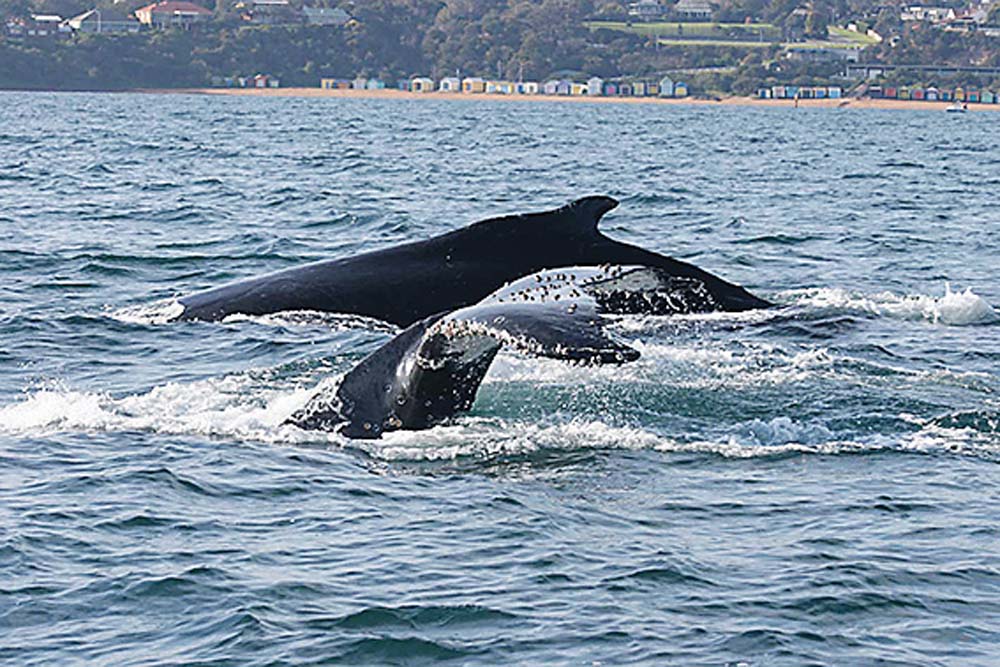 IT was as if the first day of winter was arranged by central casting. Right on cue, humpback whales appeared in Port Phillip and along the Phillip Island coast.

A pod of killer whales was reported at Port Phillip Heads.

In the know whale watchers have been awaiting the annual arrival of the marine mammals as they move from the wild Southern Ocean into warmer waters along Australia’s coastlines.

For many years, Victoria mostly missed out on seeing these whales, however over the past decade, whale numbers have grown and the migration of humpback whales regularly spills into the coastal waters of the state’s two major bays, Port Phillip and Western Port.

“The project has been an amazing step forward for the monitoring and management of large whales in our coastal waters,” project coordinator David Donnelly said.

This information was shared with wildlife managers to assist with the emergency response.

This year, whale spotters are being asked to keep watch for a young whale with a large wound on its tail. The little whale was photographed off Wilsons Promontory last year and through the citizen science network it was matched to photos of a calf with a fresh gaping wound taken 47 days earlier in Hervey Bay, Queensland.

“We suspect the calf had been attacked by sharks,” Mr Donnelly said. “In a remarkable feat, the mother whale was able to rescue her calf and travel more than 2000 kilometres to Victoria in 47 days. She would have also fed it about 100 litres of milk every day.

“We suspect they would have traveled to sub-Antarctic waters to feed over summer, so are very keen to see if the calf survived.”

The Two Bays Whale Project is calling for citizen scientists to contribute sightings through ‘PodWatch’ its recently launched application.

ALTHOUGH hunted to the edge of extinction during the industrial whaling era, it is expected that 35,000 humpback whales will visit eastern Australian this year.

When whaling ended it was estimated that only 200 – 400 had survived.

The news is not so good for the southern right whale, with their southeast Australian numbers now estimated at between 250 and 300 individuals with little noticeable increase in population size.

Fines can apply to people deliberately approaching a whale closer than 200metres for vessels; 300m for jet skis; and 500m height for aircraft (including drones).