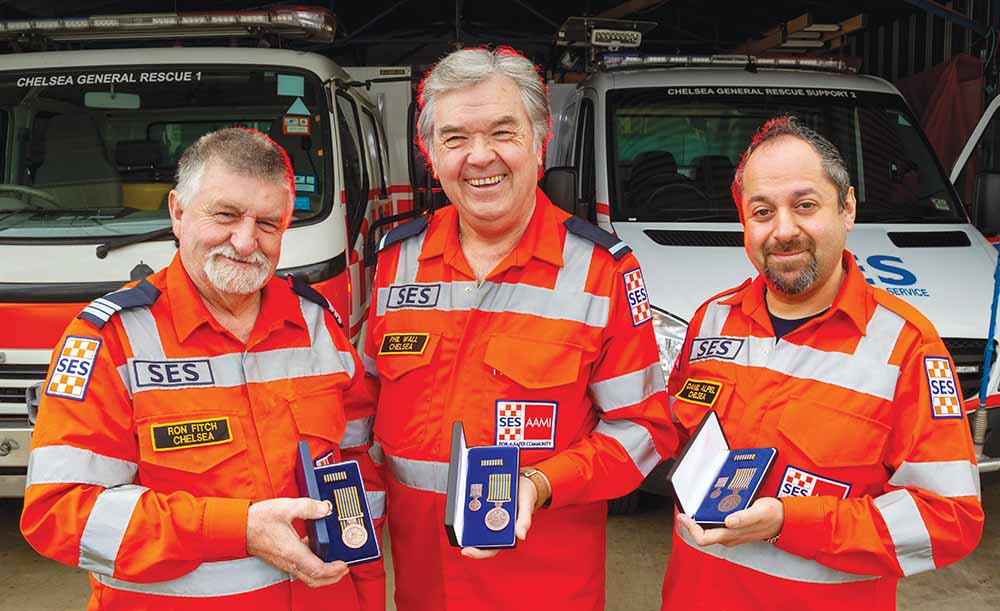 MEMBERS from the Chelsea SES are among those that have been recognised at the VICSES central region annual awards night.

The awards night was held at the Mulgrave Country Club, Saturday 27 July.

SES member Phil Wall said “overall there is 105 years of service between all of us who received medals. It’s amazing.”