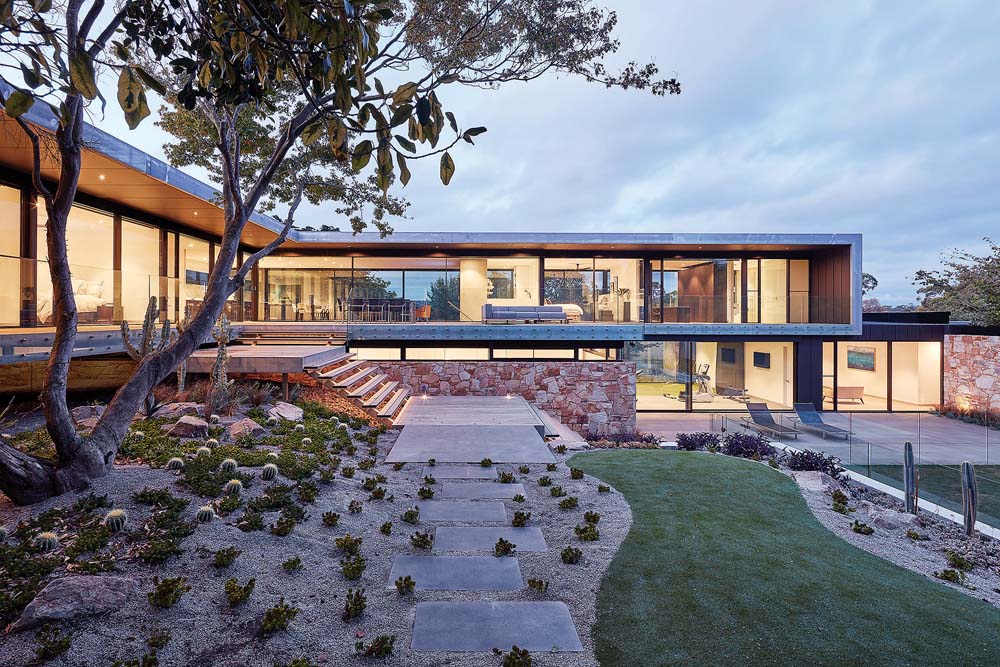 A “UNDERSTATED and simplistic” house in rural Dromana has been awarded the building design of the Year.

Moat’s Corner was praised by the judges for its understated and simplistic design as well as its emphasis on ensuring views of the manicured gardens and natural vegetation can be seen from every angle.

Designed by the Vibe Design Group, Moat’s Corner is described as acting as a centrepiece within two hectares of manicured gardens on the 21.4ha property at the corner of White Hill and Dunns Creek roads.

The house has “clean lines, a soft colour palette, and natural materials”.

Award judges said they were impressed by the “understated simplicity of the design and its innovative use of space and superior finishes”.

“Moat’s Corner is an outstanding example of how thoughtful design can create a visually bold result, while crafting a functional home for a growing family,” panel member Ingrid Hornung said.

“Its elevated structure and floor-to-ceiling windows offer exceptional views of the natural surrounds; it is a sleek and contemporary home, built to last.”

raised floor and entry on the west side offered a “transparent and picturesque outlook of the pool and surrounding gardens from every angle”.

“The site’s gardens are close to 100 years old, so it was important our design embraced the views and brought these into the home,” he said.

“The design for Moat’s Corner is all about bringing a sense of ease and effortlessness – that modernist ethos – which we believe can change how people live, and that’s what we are all about.”

All of the 2019 Building Design Award winners are at designmatters.org.au