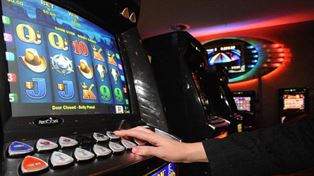 GAMBLERS in Kingston rank among the biggest losers statewide when it comes to how much money they lose on electronic gaming machines.

The Kingston area ranked ninth on the list of total losses on EGMs per municipality between July 2018 and June 2019. Neighbouring Frankston Council also cracked the top 20.

The Victorian Commission for Gambling and Liquor Regulation released figures last week showing Kingston punters had lost just over $85.7 million on pokies in the last year. The amount lost is a small drop from the $86.28 million gambled away in the area in the previous year, but still among the most in the state.

Kingston Council announced their “Enough is Enough” campaign earlier in the year, aimed at cutting down on “harm” caused at the 898 poker machines in the area. Kingston mayor Georgina Oxley said “community members losing $234,798 a day on pokies is too big a cost”.

“Residents cannot continue to sustain these losses. Pokie addiction needs to be recognised as a public health risk and we call on the Victorian government to introduce a number of urgent reforms to address this,” she said.

Cr Oxley said council was advocating for the state government to “limit the number of pokies allowed in Kingston to 898, call for the introduction of a $1 bet limit per push to help stem the flow of big losses, reduce opening hours at gaming venues so that pokies venues must close between midnight and 10am” and “introduce stricter approvals on pokie machine designs, to exclude designs that contribute to gambling harm”.

Over $15 million was gambled away on EGMs at the Dingley International Hotel in the last financial year, while the Sandbelt Club Hotel raked in over $11 million from their gaming machines. Losses on pokies at the Royal Oak Hotel totalled over $9 million.

Alliance for Gambling Reform spokesman Tim Costello said “the royal commission into financial services exposed predatory behaviour in the banking industry and the community has rightly been up in arms about it. Kingston residents should be shouting from the rooftops about how the poker machine industry preys on people living in Kingston and seek an end to this exploitation.”