600th time the charm for donor 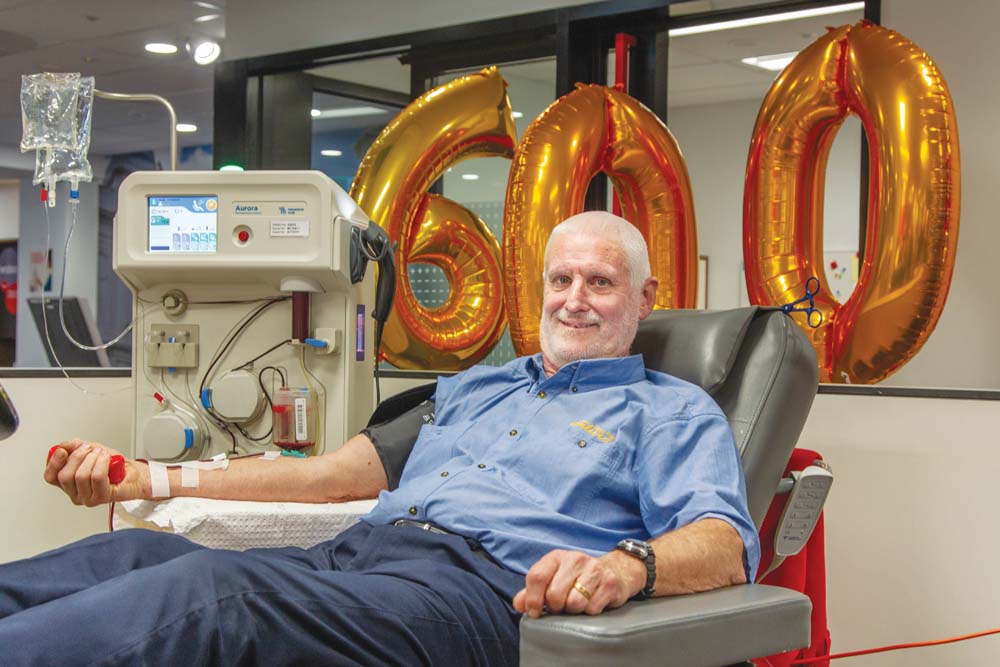 ALAN Craig isn’t a stranger to losing a little blood. On Wednesday, 7 August, he visited the Red Cross to make his 600th donation of plasma and blood.

Mr Craig, a Frankston bus driver, said he first gave blood in the early 80s, and has been giving plasma since 1996. He said that being a rare member of the “Anti-D program” motivates him to continue making donations.

“I’m in a program called the Anti-D program. When a pregnant lady’s blood is a negative blood type, and for some reason the baby is a positive type, if the blood happens to mix the baby can die. It can be fatal so us anti-D people produce an anti-body that they inject into the pregnant woman to stop the kid getting hurt. There’s about 30 of us in Victoria,” Mr Craig said.

Red Cross Blood Service made a call for 5000 people with O negative blood type to donate last week, after their reserves hit the lowest levels they had all year.

“With our regular donors still being knocked out by cold and flu, we’ve seen the Blood Service’s own reserves of O negative dip to less than two days supply after maintaining hospital stocks,” Blood Service spokesperson Helen Walsh said.

“We are urging first time and regular O negative donors to roll up their sleeves and give blood in order to boost supplies. We need 5,000 O negative donations over the next two weeks to meet this demand. If you are O negative, someone in your family could be too. We’re asking people to talk to their family and encourage them to donate.”

“With one in three of us needing donated blood or blood products in our lifetime, the life you save could be that of a friend or family member.”

Blood donation appointments can be made by calling 13 14 95 or book online at donateblood.com.au