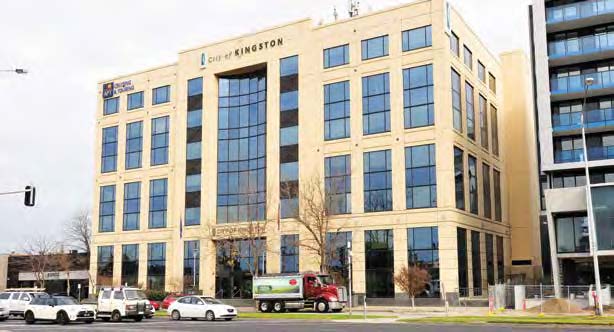 THE Victorian Electoral Commission is seeking submissions to help decide if Kingston Council should expand to be represented by eleven councillors.

The VEC began a review to determine if Kingston has an appropriate number of councillors, whether it should remain subdivided into wards, whether there should be more or less wards, and how many councillors should represent each ward in June.

On 14 August the VEC published their preliminary report, and begun seeking responses to two future options for Kingston Council. The first option is to remain with three councillors divided into three wards, with some adjustments to the current ward boundaries. The second option would see council expand to eleven, with an extra councillor elected in both North Ward and South Ward.

Electoral commissioner Warwick Gately AM said “we want to ensure all voters are represented in a fair and equitable way, so now’s the time to speak up. You have one month to consider the options and make your submission supporting or opposing the options.”

On 24 June Kingston Council voted to signal their disappointment at a “disingenuous” consultation process undertaken as part of the electoral representation review.

The motion, moved by the mayor Georgina Oxley read that “council is disappointed with the state government’s lack of consultation with the community and local government sector in relation to the ward boundary structure as outlined in the proposed new local government act.”

Last year’s annual report revealed that councillors’ annual remuneration is just over $30,000 and superannuation at a 9.5 per cent rate. They mayor is paid just over $90,000 with the same entitlements. Councillors can also choose to receive a phone, tablet, or laptop for council use.

The deadline for responses to the VEC’s preliminary report is 5pm 11 September. The preliminary report can be viewed and submissions can be made at vec.vic.gov.au. The final report containing the VEC’s recommendation on structure to the local government minister will release on 9 October.