The hall, which was tastefully decorated by Miss Poultney with Cootamundra wattle blossom, and many flags, looked at its best.

Cr. Flannigan, (president of the Mornington Shire) acted as chairman, and carried out his duties in his usual, capable manner.

The hall was filled to overflowing, also a large marquee in front of the door kindly lent by Mr Jas. Grice.

The programme opened by the playing of the National Anthem by the “Welcome Home” orchestra from Frankston.

The orchestra contributed three selections during the evening, each of which was much appreciated by the large audience.

The first half of the programme was given by the school children, under the direction of Miss Poultney, with recitations and singing, in a very capable and a pleasing manner.

The chairman then delivered a very stirring speech, and on behalf of the residents, extended to the five soldiers a most hearty welcome home.

In referring to Major Grice’s winning of the M.C., he (the chairman) considered that of far more value than a title, as it was only won by a soldier for conspicuous bravery on the battlefield.

Major Grice in responding, advised the people not to believe quite all the chairman had said with regard to his bravery; his brother had done braver deeds than he, and had got nothing.

He assured his hearers that there was no part of the world he had seen could equal his own country.

On behalf of his comrades and himself, he offered the residents his best thanks for the pleasant evening.

The following ladies and gentlemen contributed items of harmony, which were all much appreciated: Misses Mitchell and Cozens, and Mr W. Thomas. Miss Prosser and Miss Smith were most capable accompanist.

After refreshments had been handed round the rest of the, evening was given up to dancing, to music supplied by Mr Ferguson, piano, Messrs Deane and Moseley, violins, and Mr H. Prosser cornet, a very enjoyable evening being brought to a close by the singing of Auld Lang Syne.

The orchestra is deserving of special thanks for joining up from Frankston at considerable inconvenience and for helping to make the evening such a decided success.

ON Thursday, 28th August, Alex. Scott and Co Pty. Ltd. will conduct a clearing sale at Seaford on account of Mr J. Wyatt, whose lease has expired a first class dairy herd, plant, and household furniture and effects.

The sale will take place on the property adjoining Wells Road, one mile from Seaford railway station.

THE annual meeting of the Frankston Progress Association will be held next Friday evening, and a large attendance of new members is expected.

The latter half of the past year’s work has been sadly hampered by the prevalence of influenza, and the fixing of Friday as the evening of the meeting resulted in much clashing with entertainments naturally falling on the same night.

A good deal of foundation work has, however, been accomplished, and we hope that, in these more settled times of peace, the Association will start its second year with the whole-hearted support of our people and do a lot of good work.

THE Commonwealth Treasury has approved a proposal made by the central Peace Loan Committee for the issue of a commemorative tablet to each district which subscribes its quota of the loan.

This tablet will be of bronze and will be placed on the wall of the municipal building as a permanent memorial of the energy and patriotism of the district in securing its alloted quota.

The tablet will be of an attractive design, bearing an appropriate inscription of the signatures of the Prime Minister and the Treasurer.

It is intended that when an area obtains double its quota the tablet will be surmounted by the Australian coat of arms bronze.

The little fellow pulled a vessel containing hot fat over himself, with the result that his head and chest were very badly injured.

The sufferer was hurried to St Pancras Private Hospital, where medical treatment was quickly forthcoming.

For some days the boy’s condition was serious, but he is now making satisfactory progress.

MR J. D. Jennings who is recovering from a severe attack of influenza hopes to resume his school duties next Monday.

AT the conference of the sub-branches of the Returned Soldiers’ Association, held in Melbourne this week, the Frankston Branch was represented by its President, Mr Arthur Wilcox, and Mr W. Hanton (vice-president).

He received a warm welcome from his Frankston friends, and the town was gaily be-flagged in honour of the occasion.

IT is the intention of members of the Frankston Tent L.O.R. to tender Bro F. H. Wells a complimentary social on Monday, 25th August, in recognition of his past valuable services, rendered as secretary of the lodge for the past 14 years.

A suitable presentation will also be made to Mr Wells.

The arrangements in connection with forthcoming function are in the hands of, a strong committee, with Mr L. J. Ward as secretary.

The match against Balnarring, to be played this afternoon on the Frankston oval, promises to be one of more than ordinary interest, and should attract a large crowd of those interested in witnessing a well contested game.

Up to the present two points only separate Frankston, Balnarring and Hastings, and on the result of this afternoon’s play will decide the position of these teams in the semi-final matches.

FROM the pages of the Mornington Standard, 23 August 1919 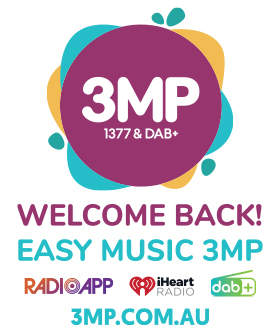 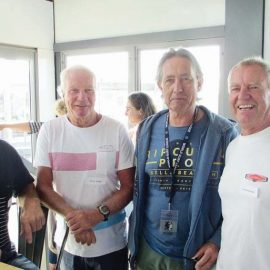